Yesterday, on Wednesday 20th December, swarms of people gathered in Parliament Square as part of a peaceful protest to call on Theresa May and the British Government to provide free menstruation products for all girls already on free school meals.

The protest was based on research that shows that 49% of girls have missed a full day of school because of their period, and a shocking 1 in 10 girls can’t afford to buy menstrual products according to Plan International UK.

It’s been reported that many school girls are resorting to using things like newspaper or socks as make-shift sanitary towels – with some even ditching school because they’re worried about leaking blood in their uniforms.

The problem seems unbelievable, but with the movement reporting that tampons costing more than £18,000, in a women’s life (£13 every month), the stats sadly make it easier to comprehend.

The gals behind the #FreePeriods movement said:

“We believe that menstrual care is a fundamental human right. Periods aren’t a choice, they are a natural part of the female bodies.”

Sadly, us gals from FGRLS CLUB were unable to attend the protest, but we’d like to thank everyone who went down to Parliament Square for fighting the good fight for all of us. If you want to help, there is a shed load of information on how to do so on the Free Periods official website.

Check out some of our favourite signs from the protest below. 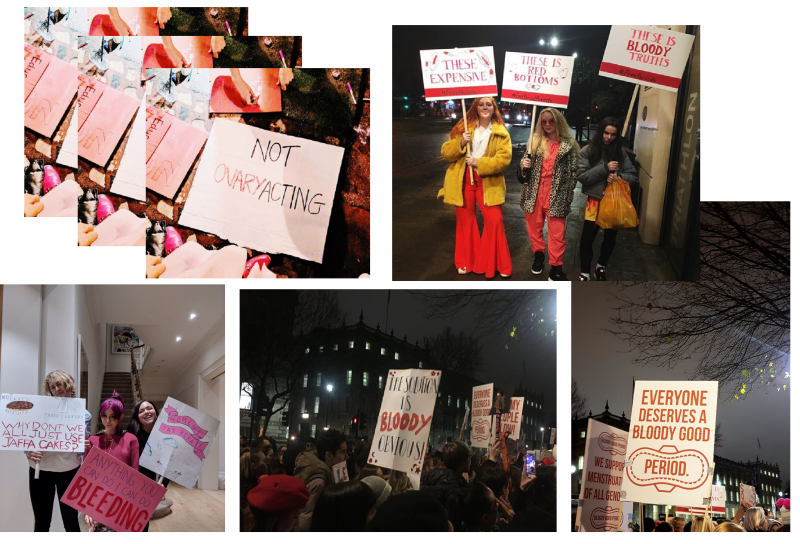 If you see yourself in these pictures of signs, let us know! We’d love to tag you.