International Women’s Day takes place annually on the 8th of March. It’s a time for all ladies to celebrate and recognise the contributions that they and their fellow women have achieved. We also want to make sure that everyone recognises the ridiculous gender inequality that exists in every part of society. With the World Economic Forums 2017, Global Gender Gap reports findings telling us that gender parity is 200 years away. Well, this is the time to stay motivated. This year alone we have been fuelled by movements like #metoo and #timesup; we are surrounded by strong women who want to unite friends, colleagues and their community. 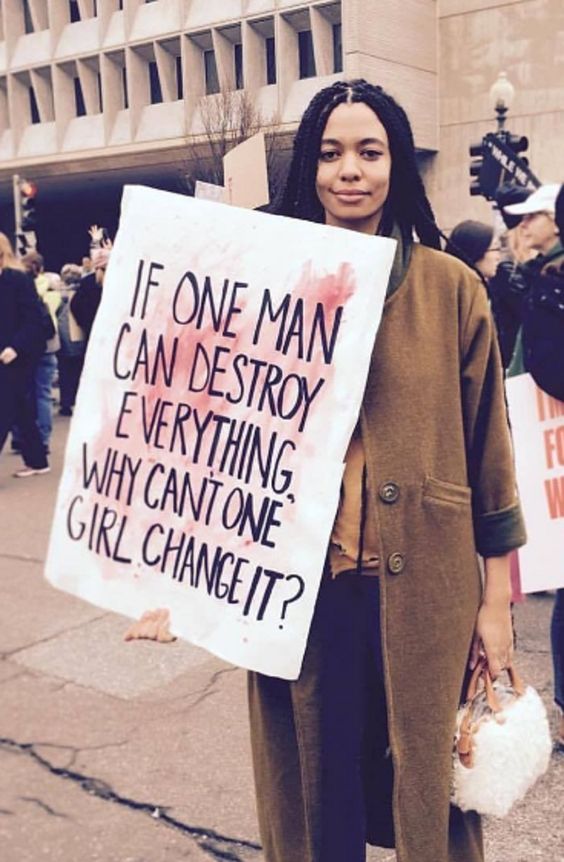 FGRLS CLUB has put together a list of events that you can get on board with, wave your ovaries firmly in the air and celebrate being a fantastic, empowered woman in 2018.

Women of the World Festival are celebrating all things women and girls. Taking place over three days, WOW provides a platform to explore what we have achieved as well as the important questions we need to be asking.  With speakers like Sandi Toksvig, Angela Davis, Jude Kelly and Munroe Bergdorf and talks that range from ‘Donald Trump making feminism great again’ to ‘Being your own boss, speed mentoring’. This festival is taking place at the Southbank Centre – some of the events are free and others you’ll need a ticket for!

With 2018 marking 100 years since (some) women received the right to vote, International Women’s day feels that much more epic. If we look at where we are 100 years on, we are still fighting for equality and simple human rights that should not be taking this damn long. Join the world’s biggest celebratory march for women, they welcome all activists and allies for gender equality at #march4women. They will begin North through Parliament Square and along Whitehall, ending at Trafalgar Square.

Enter the extremely instagrammable café, Palm Vaults in Hackney, to enjoy an evening of embroidery. Embellish Talks will take you through the basics of embroidery and teach you how to stitch your favourite female lyrics/artworks/bad ass female icon/whatever you want. They will be on hand to guide you literally and metaphorically through your canvas totes.

‘Sheng Nu’, loosely translates to leftover women, the derogatory term used in China for women who are unmarried by 27. Red Raw brings you an evening that begins with a installation and performance by Li Maizi- one of China’s ‘Feminist Five’ who were arrested and detained for 37 days for campaigning against sexual harassment on International Women’s Day in China in March 2015. Followed by UK-based Chinese feminist group who will perform excerpts from a play developed in the style of Eve Ensler’s The Vagina Monologues, in which personal views are shared on the gender issues in Chinese society.

An evening of music, comedy and spoken word. This intimate evening will allow you to celebrate womanhood whilst being surrounded by hilarious women, who’ll explain the interesting, sometimes slightly hairy, reality of being a lady.  Line-up includes Christy Ku, Julie G Hodan, Yusuf Lizzie, Merrill Hannah Gordon and more! Plus it’s hosted by Ania Placzkiewicz, author of the Vagina Diaries book series.

I am guessing that the majority of us have little to zero rhythm, but in our delusional minds, we dance just like Beyonce 24/7. Join the Strong Woman Squad to slayyyy with a Beyonce-Diva workshop, followed by talks by women from various creative industries, whilst mingling and dancing like our first founding mother Beyoncé would.

SMARTWORKS, a charity that assists women getting back into work with confidence and style, is throwing what I can only describe as a competitive board game player’s paradise. As I have currently been banned from playing board games with my family due to intense competitiveness, I urge you to do this for me.

Crimson Tea Party is bringing you a period poverty community fundraiser themed around the history of women’s underwear.  With treats and activities throughout the night, including a ‘tampola’ full of prizes. All the proceeds will go directly to tackling period poverty with donations to food banks, schools and shelters.

A whole bunch of female bands singing songs that were originally written about hating women but sung by women who love women and give zero shits. Plus karaoke for everyone to join in. I think my heart just exploded with excitement.

This is the time to gather all your gal pals/co-workers/family members and friends to celebrate being a female. Take inspo from the above, and have a DIY International Women’s Day event.

If you want to find more events for International Women’s Day, find their official website HERE which allows you to search by location.