Sat in a particularly cool school friends conservatory (cool only because his mum used to let us drink alcopops and beers from the garage fridge), 14-year-old me was about to reveal something that I was about to never live down for my 3 remaining years at Park View secondary school. One of the lads had just learned the game “I have never” from his older brother, so being the reckless and rebellious teens we thought we were, we sat round swigging our green Mickey Finns bottles and challenging each other to admit the wildest things we had ever done.

“I have never pissed myself” *SWIG*

“I have never had a wank” screamed Johnny *SWIG*

Tipsy from the sickly green acidic spirit and hot from the stares and laughter, I had, very honestly, taken a large swig from the bottle admitting to my penchant for making myself feel good.

“Girls can’t wank” screamed Johnny, whilst the girls cried “ews” and “OMGs”. My eyes burned and I thought about all the holes I would have liked to crawl into after having admitted to something that was apparently so shameful?? 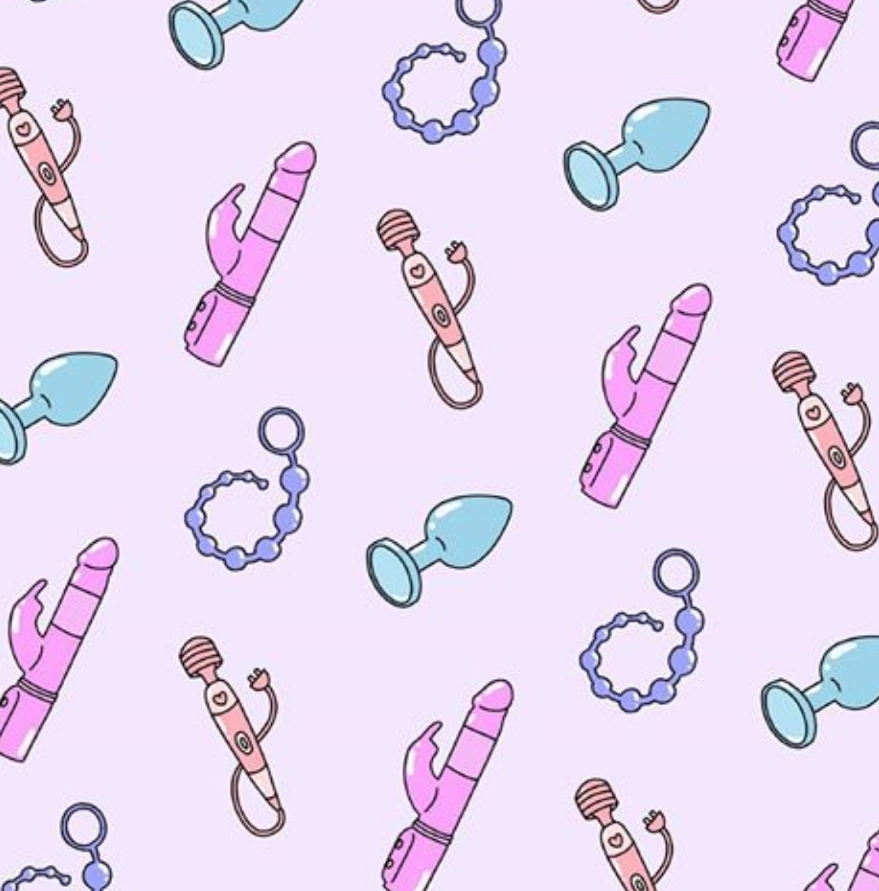 I knew what to do to make myself feel nice. To create a warm little explosion in my knickers. To touch myself in the places that made me go tingly and shake a bit. But I did it in the dark, under the covers or furiously in the shower, then proceeded to feel guilty about it for hours afterwards. Unfortunately, my experience is not a unique one, and finally, with the encouragement of some of my favourite feminist writers, magazines, podcasts and literature, a 22-year-old Katie started to feel more and more liberated with my own body and sexuality.

We asked a handful of women to tell us about the first time they masturbated and what that experience was like for them. 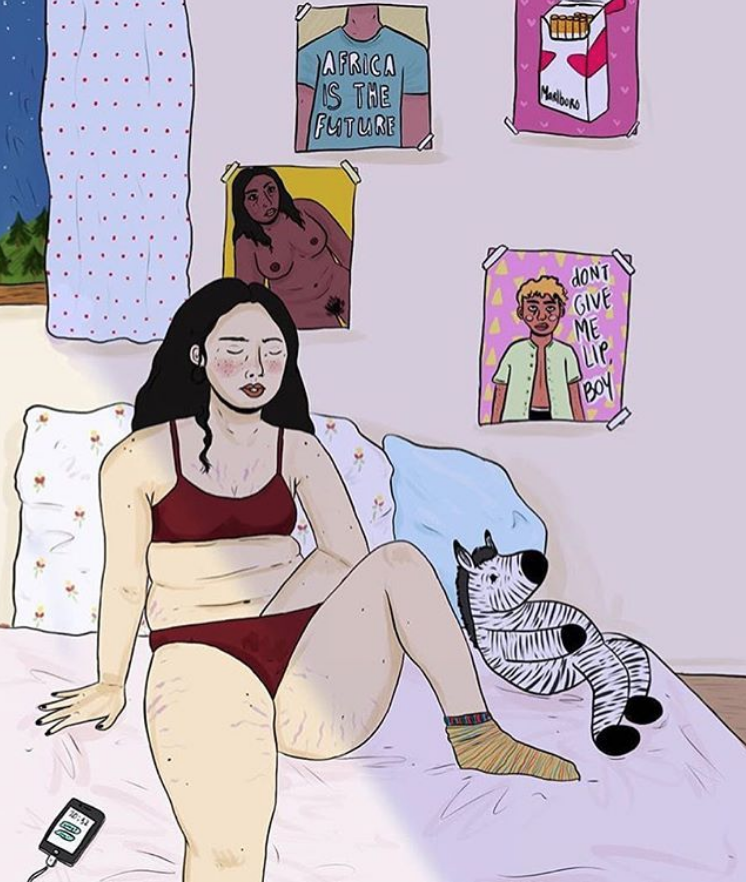 “I was mainly worried the first time because I had no idea what I was doing so it didn’t feel particularly nice, not bad but not this great thing you read about in magazines. I didn’t see what the fuss was about. But at that age, I think I was 12, girls especially don’t talk about shit like this so I didn’t know what I was doing. I thought I was doing something wrong, to be honest.  When I finally got the hang of what I was doing it was still quite scary. It’s super intense and I guess it’s quite uncomfortable until after your first orgasm. When you know what it feels like, and you know that’s how it should feel, then you can start to enjoy it.”

“I had always thought masturbating was something really bad. It actually wasn’t until I got into my first real relationship that I took the shame away from it. Sex was no longer “embarrassing” because I was doing it with someone else. The idea of exploring my own body was too scary, but when I started to feel comfortable and realised that sex felt good I was intrigued to see what I could do for myself. I was 19 when I first started touching myself. I remember stopping and starting because I was worried ghosts were watching me or someone was going to walk in. I felt strangely wrong but then liberated for it. Eventually I realised it felt too good to worry about ghosts. I just got over it”

“The first time I did it I was like 18ish maybe older and I just felt dirty like what I was doing was so wrong and disgusting and people would think I was gross if they knew. Didn’t care though. Never looked back. The more I did it to myself the more I found I actually enjoyed sex. It was almost like the whole thing of how anyone can love you until you know how to love yourself, but in a totally sexual way.”

“Strangely I don’t remember the exact age I was when I began masturbating, but I guess I was around fourteen years old. I was in the bathtub and I was using the shower for its rightful purpose, but somehow ended up directing it down between my legs. I held it there for a long time, enjoying the unusual but enjoyable sensation of water on my clit. Suddenly, overwhelming waves of pleasure made me want to scream out. I unexpectedly climaxed (in silence) before resting on the side of the tub, in complete awe at what I had just done. My parent’s water bill must have been sky high the following month”

“I was super young when I first remember doing it – much too young to know what was going on or feel any ‘shame’ for doing so. I think I must have been around 5 or 6 – I wasn’t sleeping properly after lights out in my room and pretty much just touched myself out of boredom and curiosity, feeling a tingling sensation when I did it. I’m not actually sure if I had an orgasm at that age but that never stopped me. It’s definitely become something of a habit.”

“Touching myself for the very first time was probably the most wonderfully confusing experiences of my early teens. Every Saturday morning, I used to go to a swimming club and one particular weekend we were using floats in the pool. I had one of those floating noodles, shoved up between my legs pretending I was riding a seahorse, of course. It must have been something about the water, and the way that I was aggressively humping my floating seahorse, that I started to feel the nicest sensation in my cozzie bottoms. Needless to say, I liked it so much that I continued to explore exactly how much I could rub myself until I got that same sensation, this time out of the pool.”

“I had one of those floating noodles, shoved up between my legs pretending I was riding a seahorse, of course.”

“I think I was 12 when I first made myself feel ~good~. It was a Friday night and my Dad had let me stay up late watching the Graham Norton show. I remember laughing when he did, but not quite understanding what was happening. Drew Barrymore was one of the guests and I was completely obsessed with her and the new Charlies Angels film. I thought she was so cool with her wild hair and husky voice. She was joking about something with the host and in her luscious gravelly voice she said “Y’know Graham, you just rub it till it feels good, honey” and the audience cackled and screeched and I didn’t know what she meant but I thought it must feel good because Drew Barrymore said it. So that night I did just that. I stuck my hands down my pyjama bottoms and I rubbed myself until it felt good. After quite a bit of rubbing and readjusting a little warm explosion happened that I’d never felt before, kind of like that I had wet myself, and I liked it. And so began my sexual exploration. The next day I google image searched “willy” on my Dads computer and then blamed my older sister when he confronted us on his search history. Fast forward 13 years and I have got touching myself to a fine art and it’s all thanks to Drew Barrymore.”

“I thought it must feel good because Drew Barrymore said it.”

“I was 15 and my first ‘boyfriend’ asked if he could touch my boobs under my school shirt, so I let him. He kept his hands travelling and put them down my trousers. He was scratchy and fumbly and I felt absolutely zero. So that night after he had left, I gave it a go myself. I’ve always been better than my partners since tbh”

“My best friend is now my bullet.”

“I grew up in a household where sex was never discussed. I never had “the chat”. When I had my first period, age 10, I had literally no idea what was happening to my body. So, unsurprisingly, masturbation happened a little later in life for me; it was always made to seem “shameful”, or something that only boys were allowed to do. The first time I touched myself was a revelation. I’m one of the lucky ones, that didn’t have to work at orgasming, it just happened. I’m pretty sure I was thinking about the boy next door – can I be any more of a teenage cliché?”