When it came to writing this month’s book club, the FGRLS team decided that rather than reviewing our current favourites, we wanted to compile a list of the best books to ask for this Christmas (or to treat yourself with). There’s nothing better than receiving a crisply-wrapped book on Christmas day and having an excuse to duck out of the madness to sit in a quiet corner and get stuck in, after all. We’re thinking post-dinner, pre-board games, but if you find yourself unable to put one of these recommendations down all day, we won’t blame you. We recruited book blogger Kate to give us a rundown of what we should be reading, and these are her top picks:

The Grace Year by Kim Liggett

In Garner County, girls are banished for the 16th year of their life to return as women, pure and ready for marriage. Society believes that during this year they are dangerous to men, emitting powerful hormones and aphrodisiacs. 16-year-old Tierney’s grace year is coming up and she realises that while she fears how she is treated by society, she fears how she is treated by other women just as much. The Grace Year tackles some of the struggles women come up against and a society that pits woman against woman.

This one sounds like The Hunger Games meets The Handmaid’s Tale, and there’s not much more you could ask for from a dystopian future. It’s also reportedly been picked up by Universal and Elizabeth Banks to be made into a film!

Honourable mentions: The Choice by Claire Wade, The Testaments by Margaret Atwood

Know My Name: A Memoir by Chanel Miller

This book has been out since the end of September and I don’t know why it isn’t on my shelves already. Miller, once known to the world as ‘Emily Doe’, tells the story of her trauma and of reclaiming of her identity. Brock Turner, a Stanford University student and swimmer, sexually assaulted Chanel Miller behind a frat house in January of 2015. The then-named “Stanford Swimmer Case” was concluded with Turner sentenced to a meagre 6 months in county jail. Miller’s victim statement was published on Buzzfeed and instantly went viral, inspiring changes in California Law and the recall of the judge on the case. The book covers Miller’s own experiences, as well as the portrayal of herself and Turner at court – him as the “Olympic hopeful” and her as the blackout drunk party-girl. She touches on how institutions handle rape and sexual assault cases, as well as the #MeToo movement. Reviews describe it as a heart wrenching and sobering book, but one of the most important you could ever read.

Honourable mentions: In the Dream House: A Memoir by Carmen Maria Machado, Things We Didn’t Talk About When I Was a Girl: A Memoir by Jeannie Vanasco, Wild Game: My Mother, Her Lover, and Me by Adrienne Brodeur

The Witches are Coming by Lindy West

From the comedian, activist and author of the critically acclaimed memoir, Shrill, The Witches Are Coming is the ‘clapback’ critique of the most pressing issues of the moment.

It’s a response to the claims of “feminazis” gone too far and of “witch hunts” for powerful white men. As an American herself, West writes a lot about the current culture of America and in particular, Trump’s Presidency. She takes on everything from #MeToo, abortion and climate change to Adam Sandler’s comedy and GOOP by Gwyneth Paltrow. She writes in a smart, chatty and accessible way, while also being hysterically funny.

Honourable mentions: She Said: Breaking the Sexual Harassment Story That Helped Ignite a Movement by Jodi Kantor and Megan Twohey, Whose Story Is This? Old Conflicts, New Chapters by Rebecca Solnit, Before and After: The Incredible Real-Life Stories of Orphans Who Survived the Tennessee Children’s Home Society by Judy Christie, Lisa Wingate

Regretting You by Coleen Hoover 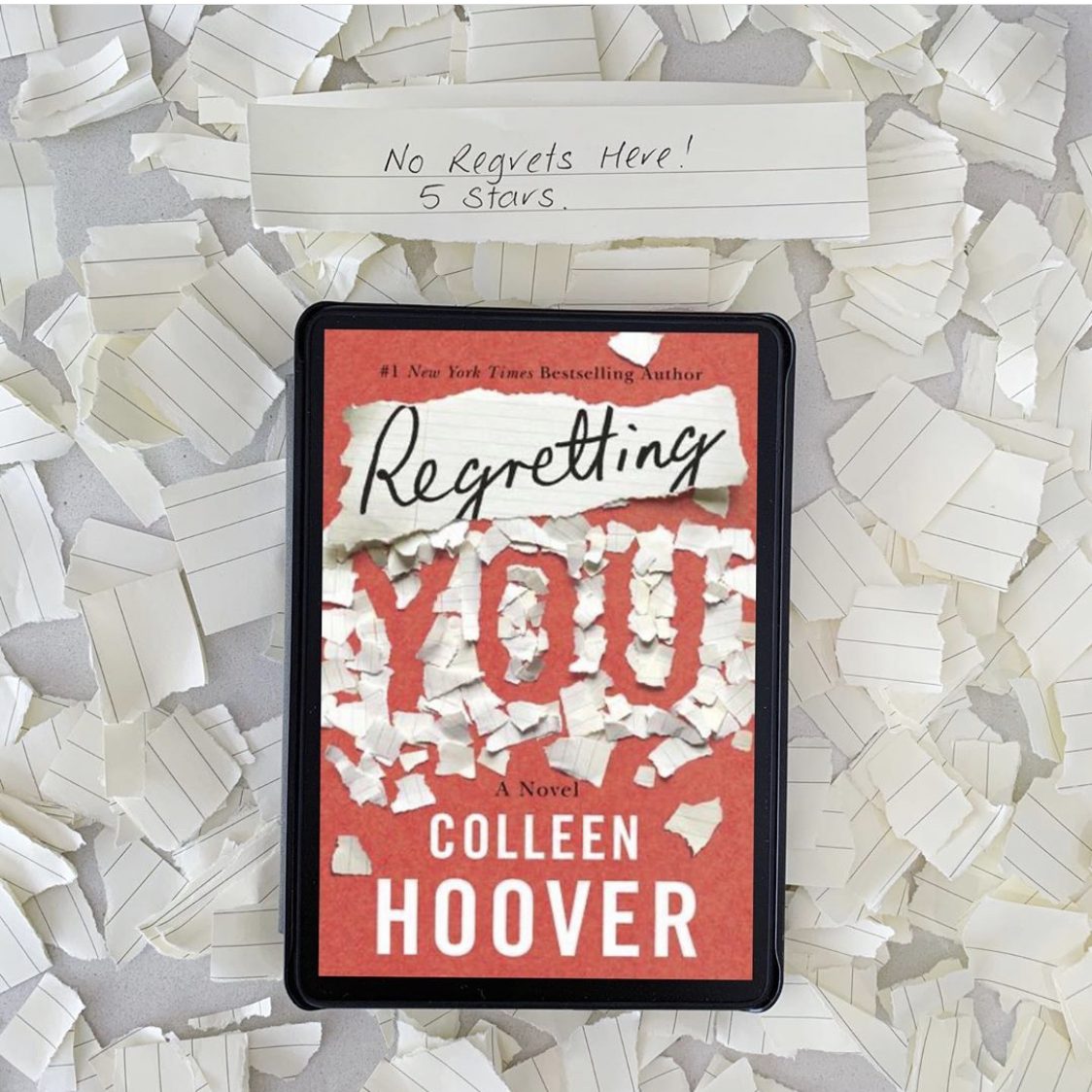 This book is full of the pain of first love mixed with angst-filled family drama and follows Morgan Grant and her teenage daughter, Clara. They have a typical, clashing mother-daughter relationship: they war constantly but are more alike than they’d like to think. When tragedy strikes, Morgan and Clara each find comfort in romantic, even forbidden, relationships. With all the secrets, misunderstandings and old resentments in their way, they’re pushed even further apart. After reading Hoover’s other novels It Ends With Us and Verity, this December release is on my wish list. I’ve been led to believe there’s an interesting twist to the story too!

Honourable mention: In the Unlikely Event by L. J. Shen, Half Truths by Claire Contreras, The Bromance Book Club by Lyssa Kay Adams

The One For Thrill Seekers

The Family Upstairs by Lisa Jewell

Released in paperback in time for Christmas, this page-turner has been receiving rave reviews and is perfect for anyone who enjoys a mystery. Twenty-five years ago, a baby is found in a house with 3 dead bodies downstairs. The baby is perfectly healthy and has been cared for, but the bodies have been dead for days. Fast forward to the present day and Libby, adopted as a baby, inherits a mansion from her birth parents on her 25th birthday. This fast-paced psychological thriller intertwines three different family stories, several murders, a cult and more.

Honourable mentions: In the Heart of Fire by Dean Koontz, When She Returned by Lucinda Berry, Vanishing Girls by Lisa Regan, The Other Wife by Claire McGowan

The One With A Little Bit Of Magic

The Starless Sea: A Novel, by Erin Morgenstern 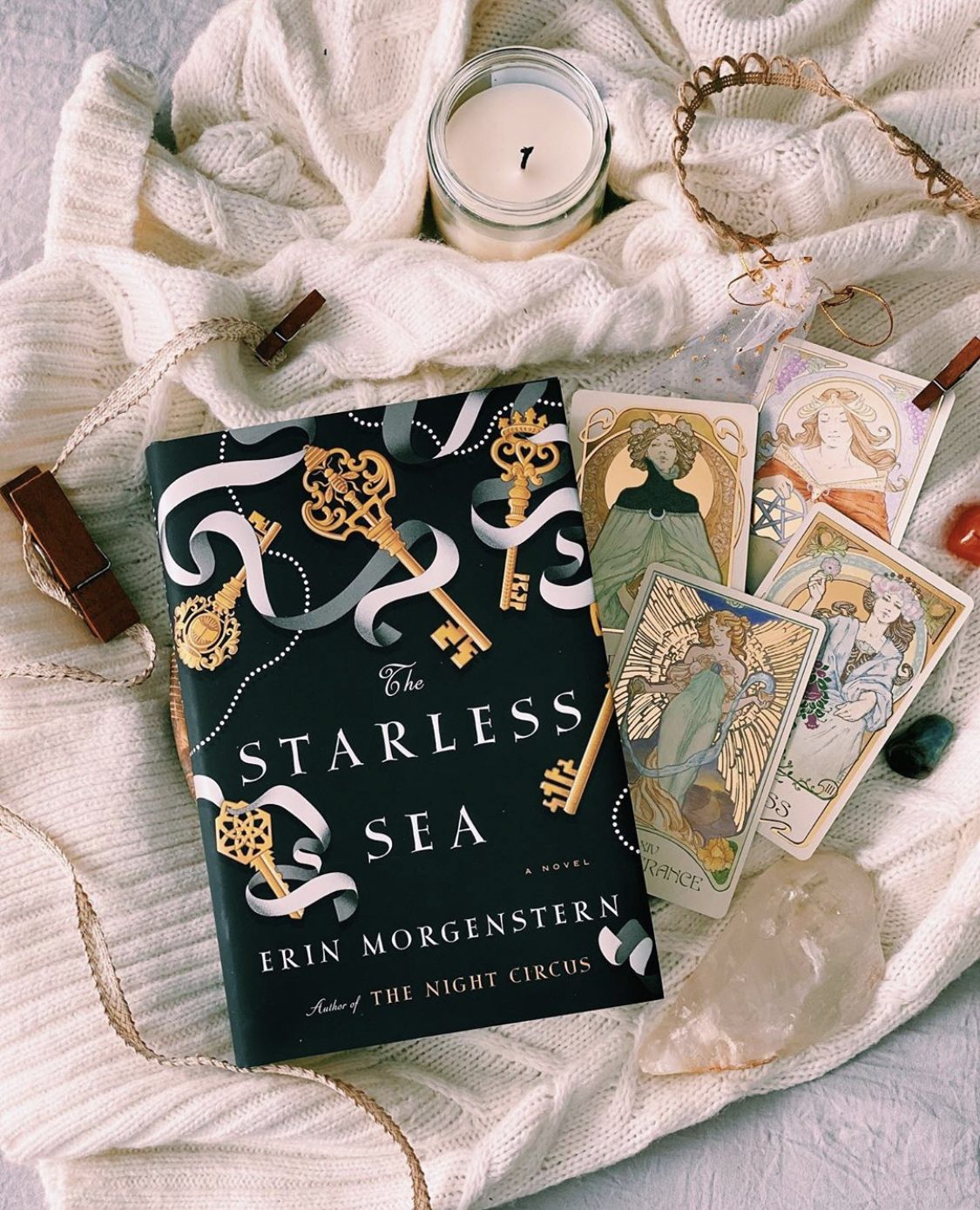 “We are all stardust and stories.” A Starless Sea, Erin Morgenstern

From the author of The Night Circus, A Starless Sea promises the same poetic storytelling and atmospheric wonder that we’re used to from Morgenstern. Fantasy isn’t my first choice of genre, but if there was ever a time to feel a little magical, it’s at Christmas. The Starless Sea is the story of Zachary Rawlins, who discovers a mysterious book in his university library. He becomes absorbed in the spellbinding tales between its pages until he finds something strange – a story from his own childhood.  In his quest to make sense of the book, he finds is an entire magical world where the rules of time and space no longer apply. He also discovers his purpose in the book and in his own life. Erin Morgenstern is such a beautiful writer and makes me fall in love with reading all over again, so I’m excited about this one.

These days Young Adult fiction isn’t just for young adults, and the genre has some of the most beautifully written and painfully relevant books in its repertoire.

Allie Abraham is an ‘All-American girl’, with a close-knit family and popular, sweet boyfriend. His father is a very vocal and extreme conservative, and Allie’s family are Muslim. They aren’t practising Muslims and Allie’s family have taught her to keep her heritage to herself, so neither her boyfriend nor her boyfriend’s family has any idea. As Islamophobia grows in her town and around the USA, Allie faces hatred and misunderstanding. All-American Muslim Girl is a story of trying to find your place in the world, but also tackling the very real topics of xenophobia and Islamophobia from the perspective of someone affected by it every day.

Honourable mentions: The Book of Lost Saints by Daniel José Older, The How and the Why by Cynthia Hand, A Constellation of Roses by Miranda Asebedo, Scars Like Wings by Erin Stewart, The Speed of Falling Objects by Nancy Richardson Fischer