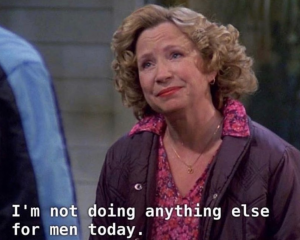 When I read that over half of the UK’s female-identifying population reported being sexually harassed at work, I was (sadly) unsurprised.

I got my first job when I was 15, working part-time at a local pub. I don’t think the pot-washing life was for me in a lot of ways, but my quitting abruptly had only a little bit to do with the fact that my hair was constantly greasy – and a lot to do with the 50-year-old chef who “jokingly” asked me for sexual favours almost every shift.

At age 23, I started thinking… I’d worked in a fairly wide number of industries and I noticed sexism in every one. To me, it seemed like there was something inherent in these work structures that allowed the patriarchy to thrive, or at least allowed men to get away with things that they definitely shouldn’t.

The reason that I went freelance wasn’t really about me trying to uproot the entire system of capitalism, though. It was more about me putting my passion for writing to good use. However, I was shocked to discover that when working for myself, I would still face sexism so frequently.

I was shocked to discover that when working for myself, I would still face sexism so frequently.

I’ve been lucky to work with a lot of amazing clients right from start, but just a couple of weeks into my new career, I had an email interaction with a man that showed me exactly how easily the sexism that’s embedded in a 9 to 5 can be translated directly into remote/ freelance work. In every email he sent, this client made comments to undermine me. I finished working with him after he tried to suggest that I was getting over-emotional when I stated that I expected to be paid after a month’s work.

One woman I spoke to described a similarly undermining experience in which she was brought on as a freelance marketing consultant in a company where she believed that her opinions and experience would be valued and listened to. Instead, between awkward Zoom meetings and phone calls, her client ignored her messages and put up resistance to every idea she proposed. Then, a male consultant came in to offer some additional ideas and (shock) all of her proposed changes were initiated within the hour.

It’s baffling to me that the same insidious, internalised misogyny can exist within a structure where services are offered in direct exchange for money, without the power imbalance of a traditional job

It’s baffling to me that the same insidious, internalised misogyny can exist within a structure where services are offered in direct exchange for money, without the power imbalance of a traditional job. The misogyny doesn’t end there and neither does the sexist workplace “banter.” In fact, it seems to thrive even in a remote working environment. I have had clients make a number of hilarious “jokes” to me and this seems to be a very common experience among female freelancers. One woman I spoke to quoted an email from a client who said “It’s a light workload this week because of Thanksgiving, but I’m sure you are relieved so you can cook while your husband watches football.”

The even darker side to this sexism that female freelancers are facing is being offered money for sex work – when that’s nothing to do with the services they are offering. Three of the women I spoke to mentioned experiencing men trying to buy sex from them and then passing it off as a joke when they said no.

As with any example of sexism, so much of the misogyny is internalised, so it’s hard to tell where to even begin with solving the problem. Being unafraid to talk about our experiences and being more aware of how we talk about female entrepreneurs might be a good start, though.

You just have to look at how the work of female social media “influencers” is often talked about to clearly see the way that female entrepreneurs are often undermined. There has been discussion already about how women are labelled “influencers” whilst men are described as “content creators” and “content producers.” It’s as though, even when they are reaping the rewards of their hard work, these women are still reduced only to a more passive role.

I’ve only been working freelance for about 4 months and I’ve already noticed that the language people use to talk about my work is drastically different to the language they would use to speak about a male tech entrepreneur, for example. People tell me it’s “great that I’m having fun and exploring my passion,” not that they are impressed that I’m managing to start a business from scratch.

We need to start championing female entrepreneurs and speaking about the amazing things they’re doing. We also urgently need to start speaking more about the sexism that female freelancers are facing every day.

Initially, I worried about putting my opinions out there on this topic because I thought it might put men off working with me… and this is exactly the problem. None of this sexist behaviour should be normalised and, from now on, I’ve promised myself that I will stop at nothing to call it out.