The truth. Wow, I’ve set myself up for failure using that word, haven’t I? What I mean by that is this is MY truth and hopefully that will resonate with others who have similar personality traits. Here goes… 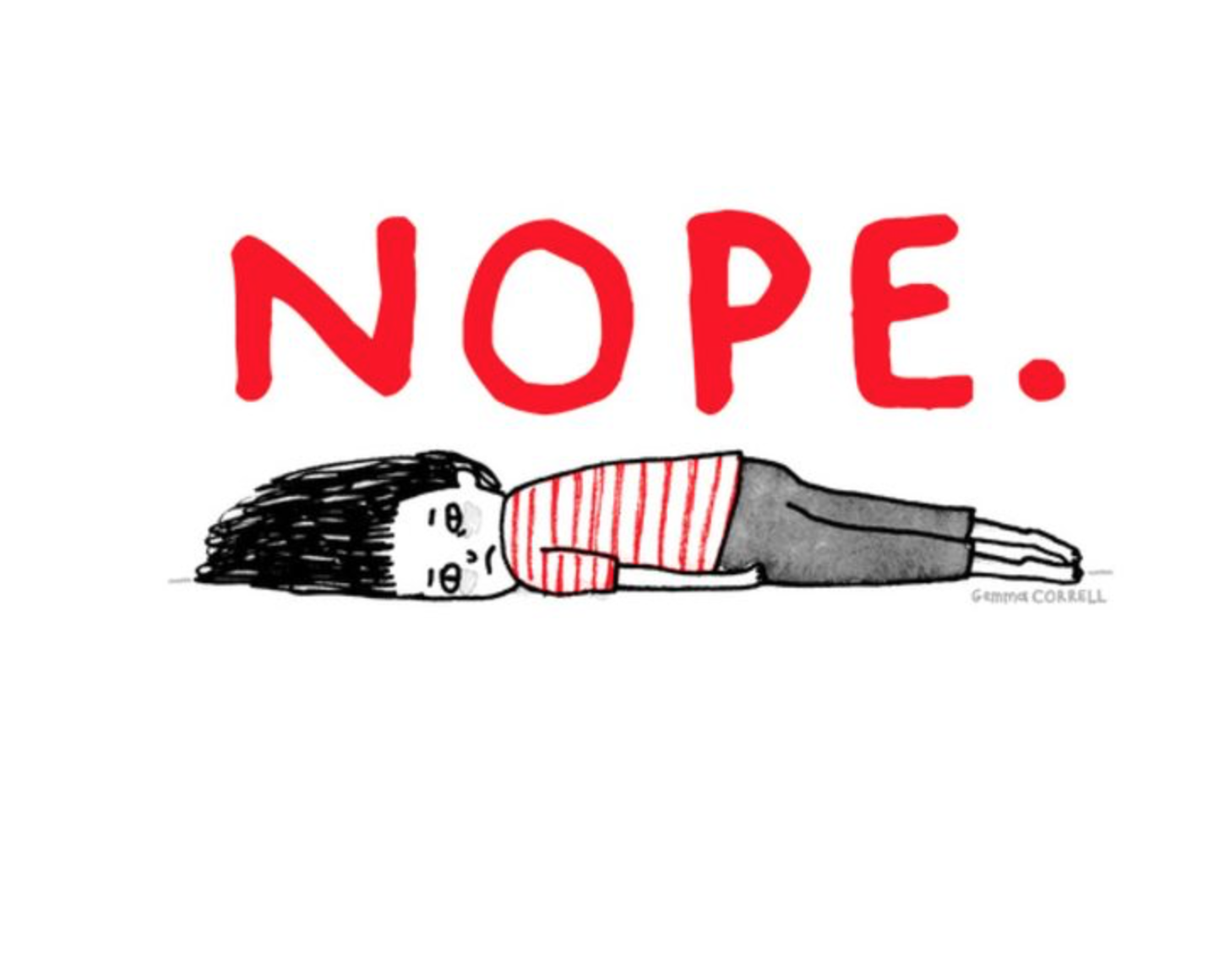 For as long as I can remember I’ve been a “drama queen”; the centre of attention but also cripplingly anxious. I was always the first to volunteer for demonstrations at school and I spent my spare time acting and performing to friends and family whenever they’d begrudgingly agree to see another one of my ‘performances’. But, I also have a memory of being frightened- that’s what I put it down to back then, whilst in realty that was my anxiety ticking away, but I was too young to name it that. School assemblies filled me with dread, seemingly more so than my peers. Whilst most didn’t like these pursuits, the majority didn’t become consumed by them- I did. Yet, I still got on with it and often took on the largest roles.

This has become the story of my life. Having multiple panic attacks, sleepless nights, and many trips to the GP but still saying ‘yes’ to everything. I told myself that my ambition needs me to brave and that my anxiety shouldn’t get in the way. This may seem admirable, but often it’s stupid- I do too much, I push too hard, I burn out. I always have to do ‘the most’ when sometimes, because I’m human, I just need some rest. This doesn’t just go for my work life- it goes for everything. Socialising becomes a second job; whether it’s friends, dating or partying, I treat it as an all-or-nothing game.

Relationships are when these personality traits really bite me in the arse because often I act completely counterintuitively and it becomes complicated for the other person to gauge where my head is at. I come off as distant or cold, but then also in constant need of reassurance. I like to discuss everything to the minute detail when it concerns the other person- I’m a reader, not just of books but people, and I have a tendency to go all Freud on my SO.

Yet, when it comes to my own emotions, there may as well be a fortress in between. My outgoing, extroverted nature means that I fool people into thinking they know me or that I’m giving away big chunks of who I am to them, when in reality these are just surface facts. The tip of the iceberg may seem candid and raw, but it’s still just the tip. So, I understand why those dating me get infuriated because they feel like they’ve had a breakthrough and then they realise that what they’ve had is more of a crack.

Being an extroverted, outgoing, anxious soul is best described in terms of going to a party. You get ready hours early, get on the bus early, arrive on-time and realise your friends haven’t arrived. You knew this would happen, and you damn yourself for being perpetually on-time. The only option? Go and hide in the toilets with a bottle of wine, of course. Wine downed, you then realise spending more than 10 minutes in the loo will look weird so you bravely exit. Taking a deep breath, you walk in ready to make everyone there love you. Within a few minutes, you’ve acquired a small audience listening to one of your many anecdotes. Now it’s time for a cig break; you’re overwhelmed and need air. You like the social element of meeting new people but you also feel like you might drop dead with the intense pounding going on in your chest. Friends arrive and that takes the heat off you a little. You have an amazing night. In the Uber back home you drunkenly think “What was I so worried about?”. 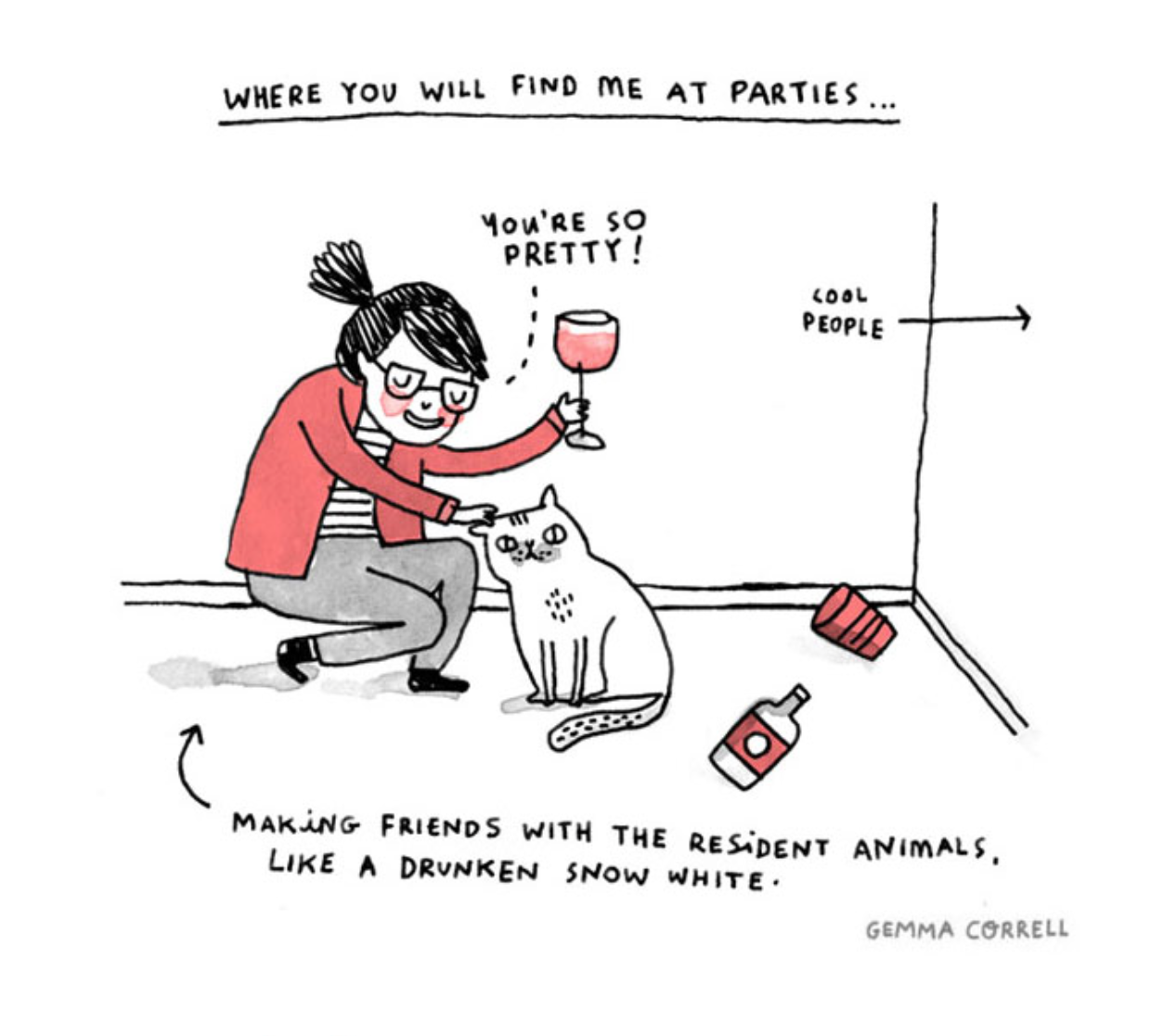 The next weekend, you go through the exact same charade. Fucking confusing, right?!