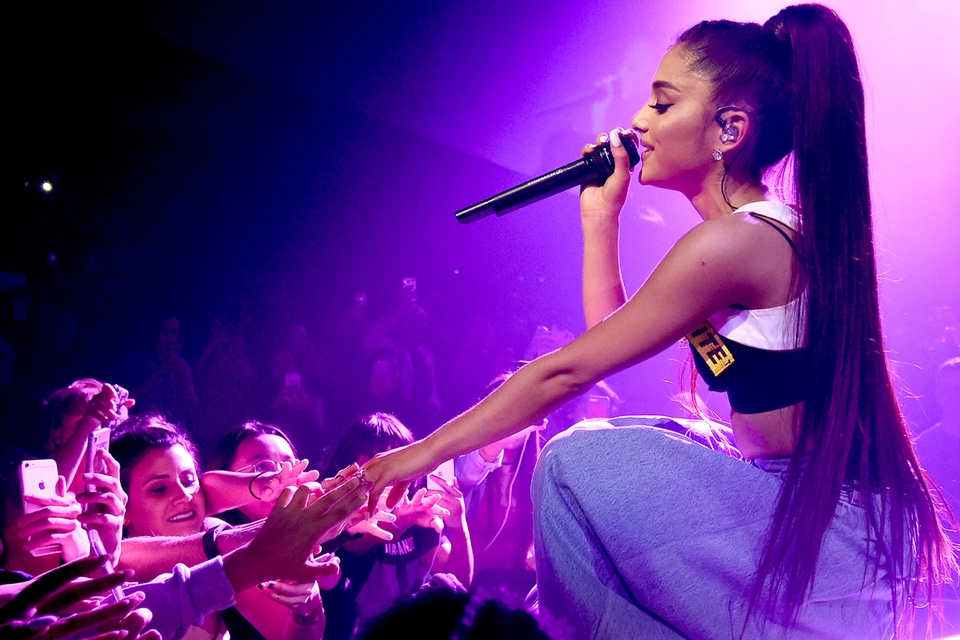 On the night my four friends and I went to see Katy Perry I wore a blouse stealthily pinched from my big sister’s wardrobe, some pearl earrings courtesy of Claire’s Accessories and a hideous pair of black kitten heels (rumour has it that my 13-year-old self was Dior’s SS17 muse). I felt a million dollars.

As we hurtled towards Nottingham, blaring Katy Perry’s CD, my friend’s car was no longer a people carrier, but a chariot, powered by hairspray and body glitter alone, it’s destination – womanhood. Three hours later we emerged from the arena, giddy from an evening of pure unadulterated joy; of screaming, of dancing, of singing. She changed outfit SEVEN times, and she sprayed whipped cream from her TITS and she was REAL and she was in OUR TOWN. It didn’t even matter that she had pronounced it wrong, her emphasis on the ‘ham’ making Notts sound more like some kind of Boxing Day dish than anything else. For one night only we were at the centre of the world, we were in the presence of a bona fide American pop princess, and so were ourselves royal by association.

My experience is not a singular one, my mum’s Katy Perry was Supertramp and my sister’s Avril Lavigne. The venues, the outfits, the dance routines change, but the fundamentals stay the same. While the Spice Girls gave us girl power, Destiny’s Child championed survivors, and, just a fortnight ago, Ariana Grande united dangerous women everywhere. Pop may seem to be fun, flippant and frivolous, but it’s so much more than that too. It offers the chance for young girls to stand side by side and scream out the soundtrack to their teenage years. The sanctuary and solidarity offered up by pop concerts are conveyed in Mancunian Poet, Tony Walsh’s poem ‘A Tribute to Manchester Arena’:

Friends to hold us

Teardrops in our eyes

Than cities twice the size

We sing a single song

And in that moment

Close my eyes and then

One of my close friends spent many of her teenage years as a self-declared avid fangirl, her tribe that of Girls Aloud and all their gorgeous girl band glory. She’s been to all the concerts, knows all the words and has got all the T-shirts to prove it. Perhaps even more important though, are the friends she has made as a result; the power of pop to unify people, and young girls especially, cannot be understated. The huge girl gang she has gained as a result of her GA love spans the nation, from Wales to Leeds and beyond. And although the common thread that knits them together is that of catchy hits, their relationships run much deeper, ‘Even four years after the band split we are all still so close, we go to dinner together and I’ve even been on holiday with them- they are friends for life’.

And yet, time and time again pop music is shunned by the critics, the likes of Little Mix and One Direction are laughed out the door as if their predominantly female teenage fan base negates any chance of the music’s quality or integrity. This condescension leaks right through to the musicians themselves; in an interview with Rolling Stone magazine, 5 Seconds of Summer’s Luke Hemmings said ‘We’re getting good at it now. We don’t want to just be, like, for girls’. Because obviously being ‘just’ for girls insinuates a lack of standing, it’s nothing new but it grates all the same.

Luckily, this attitude is being challenged more and more, only last month 1D’s Harry Styles hit back at an interviewer, calling him out for his dismissal of the band’s huge female following, ‘They’re our future. Our future doctors, lawyers, mothers, presidents, they kind of keep the world going. Teenage-girl fans — they don’t lie. If they like you, they’re there. They don’t act ‘too cool.’ They like you, and they tell you. Which is sick.”

As we get older it’s easy to sink into the crowd of critics Harry so beautifully puts down, to sneer at Bieber’s latest hit (‘he doesn’t even speak Spanish!!’) or to mock Swifty’s songs of heartbreak. Pop stops seeking you out; the dance floors that reliably pumped out the Top 40 when you were eighteen slowly loose their sparkle and cavernous arenas are swapped for intimate gigs. Rolling your eyes and berating to your friends that ‘pop music just isn’t as good as it used to be!’ becomes the default. And yet, you can guarantee that for every twenty-something eye roll, there will be a tween locking her bedroom door, logging on to Spotify and losing herself in the chart show.

Despite all the trials and tribulations of the modern day world, a hair brush, when in the hands of an 11-year-old girl, still is, and will continue to be, a microphone, echoing around a low-lit venue, singing to a crowd of thousands.

And so, we must remember to recognise pop music for what it is; a place to get lost in the moment, to become enveloped in feelings of infectious hope and optimism and to be stuck in your head for bloody DAYS.

Pop is a rite of passage; amongst the angst and upheaval of your teenage chapter it’s a folded page corner, a moment that can be returned to with the press of a button. The lyrics themselves may not be meaningful, in fact, they might be complete trash, but that’s not what matters. 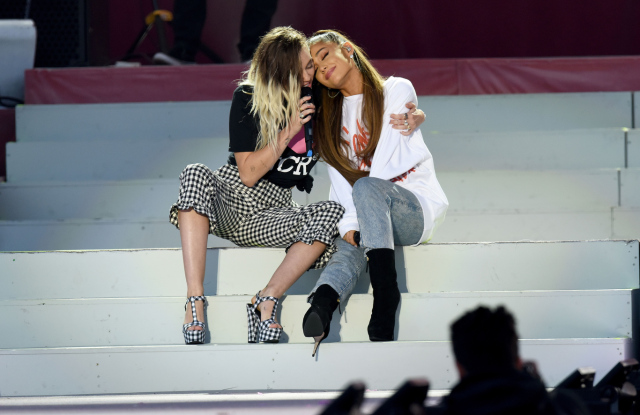 What matters is the feelings they bring to those girls who plug in their headphones and feel a little less alone, a little brighter, a little stronger. Some days the world can be an incredibly dark place, in recent times perhaps more than ever, so let’s drop the condescension, blare out Bieber, snap on some glow sticks and let pop light it up.