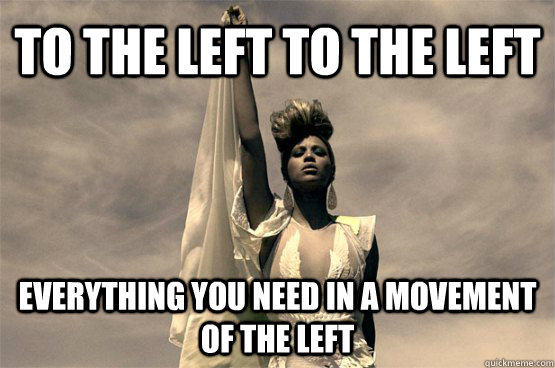 I was 12-years-old when I logged on to Facebook for the very first time. Within a month of creating my account, I had changed my profile picture 6 times, accrued eight friends and ‘liked’roughly eight million and sixty-six pages (the reversing of which I am still working on till this day). I quickly became obsessed with the validation that came with likes and comments and started to share more and more of my life online, at one point updating my status on the hour, every hour. My posts concerned my homework, my dinner, the weather, the X Factor final (One Direction et al) and yes, ‘like this for a rate’. They were indeed dark days.

Over the years, however, my changing identity can be tracked via my online activity; friendships formed, milestones reached and holidays taken all work together to make up my digital footprint, or perhaps more truthfully, my big fat digital boot stomp.

So much of me is online that when the EU referendum rolled around last year, or more recently the snap election, it was surely only natural to share that part of myself too. Politics is hugely important to me, and my core beliefs make up a big part of my identity, in fact probably a bigger part than all my holiday snaps and #tbt’s combined. And yet, despite this, clicking ‘post’ on something political makes me feel uneasy, an internal battle often ensuing.

While half of me wants to dance on the rooftops professing my love for a certain grey haired, scruffily suited politician, the other remembers that putting yourself out there is inevitably inviting judgment, and comment, and criticism. Unlike the political discussions that go on between myself and my friends (usually whilst necking echo falls, applying bronzer for the fifth time and screaming to be heard over Justin Bieber), political statements made online are very much out there forever, and fall on ears that stretch well beyond a small group of your BFFs.

Perhaps it is this judgment that has always slightly held me back when posting online; looking back through the political posts I’ve made in the past, I notice that they’ve always been paired with something light-hearted as if to distract from the real sentiment. On the day of the EU vote, I uploaded an illustration of some green veg, captioned ‘lettuce remain’, and more recently when I Insta’d a photo from a Corbyn rally I teamed it with the Bey lyric, ‘To the left, to the left’. Looking back, I think this was not just a manifestation of my pun love, but an attempt to soften the upload, the captions a tool of distraction, a catchy pop-shaped shield.

And it’s not just the judgement of my peers that causes me to think twice before hitting post, but my professional acquaintances too. When my mum saw my post from the Corbyn rally her mind immediately shot to the possible impact it could have on my potential future employment prospects. In the digital age, it’s no secret that the line between the personal and the public continues to blur.

In a recent survey, 60% of employers say they check out candidate’s social media before interviewing them, and a third have said that they would reject a candidate based on their findings. As easy as it would be to berate these employers for not judging a candidate on their ability to do the job alone, I can’t help but think that if it was me do the hiring (a girl can dream) and I found a slew of UKIP support on a candidate’s profile, I would think twice, if not three times about their application.

And yet, for as much as I’ve worried and fretted about posts I’ve made, it’s never been enough to make me delete them. I like to think that if thirty years ago had I been alive and kicking when an election was called, I would have got out there and chucked leaflets at whoever I could find. In 2017, when an election is called and I post a tweet, it reaches 350 people, which saves a hell of a lot of leaflet chucking. I think at the end of the day, it comes down to a personal decision. The political statements I’ve made online will remain out there in the stratosphere forever, but then again, so will my 2010 haircut.