Jude Mack and Eliot Salt’s brand-new play, Third Wheel, is hitting Edinburgh Fringe this August. FGRLS CLUB were lucky enough to attend, between the belly laughs and tears, we formulated some questions to ask the duo. The Sondheim-esque narration, relatable topics tackled (like grief and love), comedic timing and excellent writing all add up to create an impeccable show- but don’t take our word for it, let Jude and Eliot convince you… 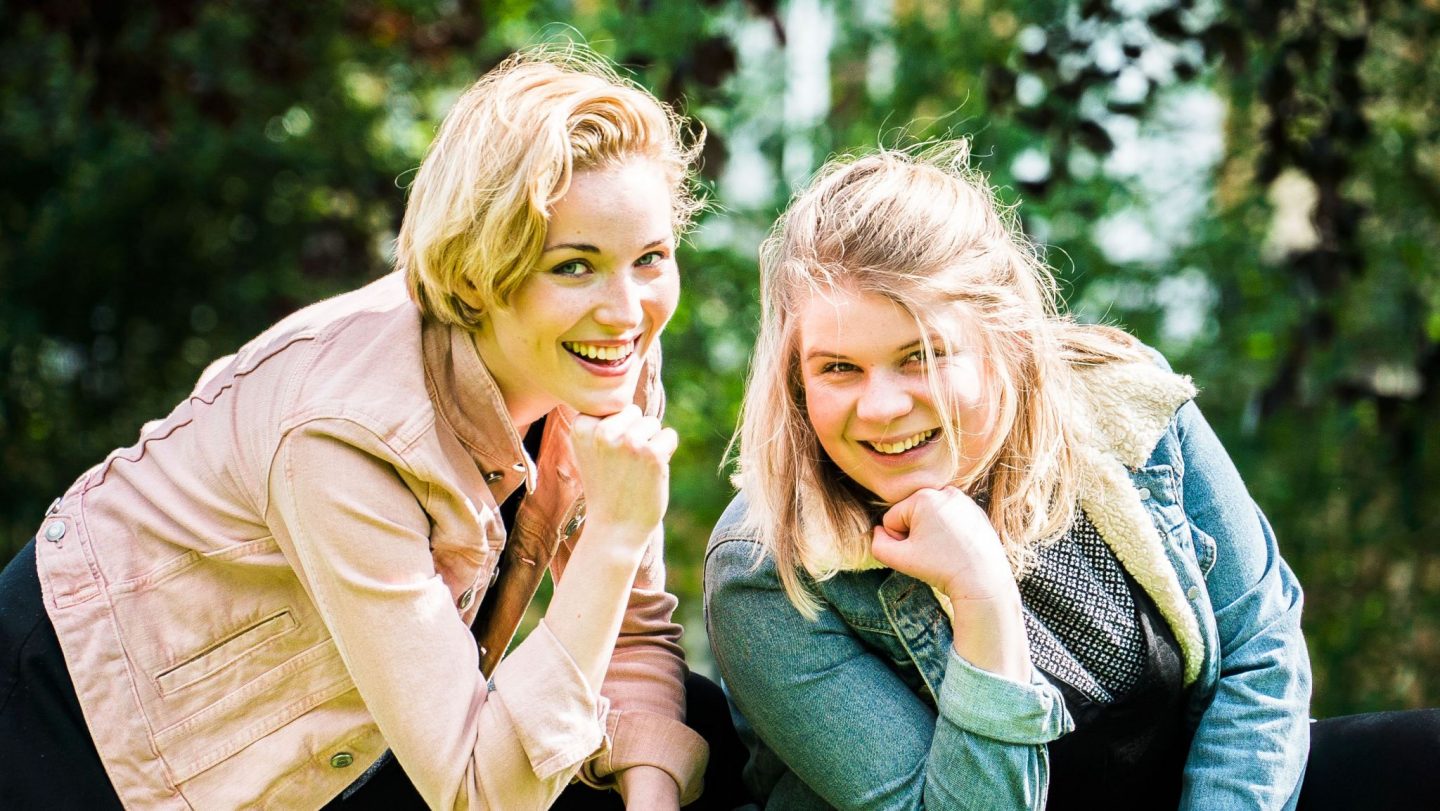 Can you give our audience a quick synopsis of the show?

Polly and Eve have a surprisingly hilarious time travelling the UK with their best friend’s ashes in a Wizard of Oz lunchbox.

At Dylan’s funeral, they are handed the box along with posthumous instructions to take him on the UK road trip he never got to go on.The two women haven’t spoken after a friendship destroying argument several years ago and on top of some devastating grief, this is not ideal.

Their journey is narrated by an onstage band called ‘Party in the Sky’, led by Dylan, who soundtrack the trip and fill in some blanks from the past.

As they deal with loss, life and a number of questionable regional representatives, the reason for their original separation looms large again; there’s a thin line between love and hate, but is it too late to rectify their mistakes?

What’s the idea behind Mack & Salt and how did you make it happen?

M: Well we met at uni and liked showing off to each other so much we decided to do it professionally

S: Yup, and then we had the audacity to make people watch it. And thus Mack & Salt was born

Mack & Salt are known for excellent writing and comedic timing, what advice would you give to new playwrights trying to nail this skill?

S: Write with someone who you really want to make laugh

M: make it a fight to the death.

Tell us how you fit feminism into your comedy?

S: I think if you fold it up you maximise space

M: no roll it rather than fold. You can hide it in that suitcase of a play without anyone noticing

S: I think because we improvise dialogue before writing, a lot of what ends up in the show is stuff we talk about as ourselves

M: yeah so feminism is inevitably going to feature. It’s up there with love, death

M: we also always try to consciously write a woman who has a lot of sex and is super confident in her sexuality without making that the central aspect of her character

S: Oh yeah without anyone commenting on it or her having any worries or reservations about it

M: which is actually quite rare

Theatre is still a very patriarchal industry, and comedy even more so – how do you take up more space and get your voices heard?

S: I am very loud

M: and have no spatial awareness. I think we are quite unapologetic in what we write and just hope people will like it

S: Yeah I don’t think you can worry about being pushy or ambitious

M: We refuse to see either of those things as a negative

Okay time for the question we ask everyone who partakes in GRL TALK. If you had a time machine, what would you tell your 16-year-old selves?

S: literally no one cares about body hair

Go and see their show, on at Edinburgh Fringe from August 21st-27th!