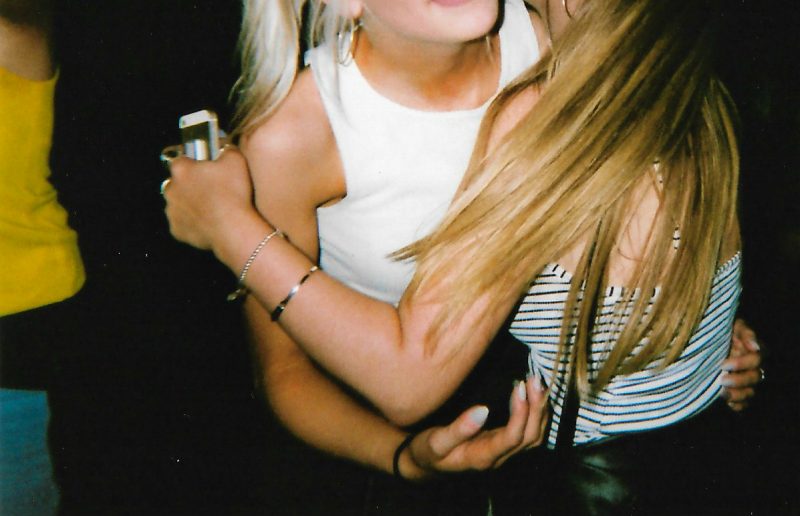 To my female friends,

This love letter begins in a rather depressing, self-indulgent way, but I promise you there’s a point to it if you stick with me.

The past month has brought me more curveballs in my life than I ever thought possible to fit into a mere 4 weeks. First came the death of a grandparent after a long, drawn-out battle with illness, which is a common grievance for all of us as we get older and realise our family are not, in fact, superhuman as we thought them to be, but real life people with aching joints and sneaky illnesses waiting to be discovered. Then came a break up, which as most of us know is one of the most heart-wrenching, hideously emotional things that can happen to a person. Then a cancer diagnosis. Then an end to a work contract. Then the planned moving out of my beautiful house in a city I’ve lived in and loved for four years. The sob story ends with some other things that I’m not going to share, but take my word for it when I say they were pretty damn shocking.

In the weeks that followed, it felt as though I was standing in a storm of gale force winds and whipping rain. Circumstances made it feel as if my world was chipping away, one little corner at a time. I was, and think it’s fair to say, still am, a hot mess of snot and tears, my body made up of 70% anguish and 30% Tesco’s cheapest Pinot Grigio. While I’m a fairly open person, when things get serious I tend to stopper up my emotions and sit with them until the sadness is brimming up inside me and banging on my ribs, demanding to make itself heard. That’s a problem I need to address. It wasn’t until I’d heard a couple of pieces of bad news that I thought “fuck it, I can’t do this on my own,” and decided it was time to ask you for help. I wish I’d done it a lot sooner, because you were the life raft I so desperately needed.

In some of the darkest periods of my life, my female friends have been my rock. You’ve been the buoyancy aid flung into the ocean, the emergency services at the end of the phone and the parents that have tucked me into bed at night. You’ve made cups of tea and hugged me as I’ve sobbed. You’ve replied to my endless WhatsApp’s late at night. You’ve hand-written me letters and cards, filled them with love and posted them. You’ve sent me messages of support on social media. You’ve come in the form of a boss who always had a kind word to say when I was down. You’ve sat in the car with me while I’ve cried and blasted Dua Lipa when I’ve needed it. You’ve got drunk with me and danced with me and chain-smoked with me until the sun came up. You’ve cooked me dinner when I was hopeless and couldn’t eat. You’ve bought me Ubers home when I’ve had 36p in my bank account and for all of it, I am so incredibly grateful.

You are not part of some perfect, Hollywood tight knit circle like Samantha’s and Carrie’s. You are people I’ve been friends with for years, for 2 months and for five minutes in a nightclub bathroom, when you’ve stepped into the role of confidante as you’ve wiped mascara from under my clouded eyes. The genuine fondness I’ve felt from friends I haven’t spoken to in months, communicated with a simple “hey, how are you really doing?,” is nothing short of magic.

Love is not something we must wait around to have bestowed on us by a partner, because we’re already surrounded by it in the form of our friends. Sure, we’ve all come across a few people for whom sisterhood is a foreign language, but for the most part, girls are pretty fucking amazing. And we deserve to have love letters written about us, to us, from each other.

When I found myself hitting rock bottom, my female friends were the ones who held out their hands and pulled me up from the dust.

It wasn’t a knight in shining armour that came to my rescue, but knights in shiny hoop earrings.

Girls, thank you. You are the great loves of my life.