My two year anniversary is coming up. Two years ago I bundled my belongings into bin bags, threw them into the back of a van, and moved to London. London with a capital L. I was born here, I moved here briefly at 16 on a failed mission to fame, I spent my University holidays on sofa beds and in cramped bedsits interning. London has always felt like home, but it never truly has been. Until that sunny day in May two years ago. 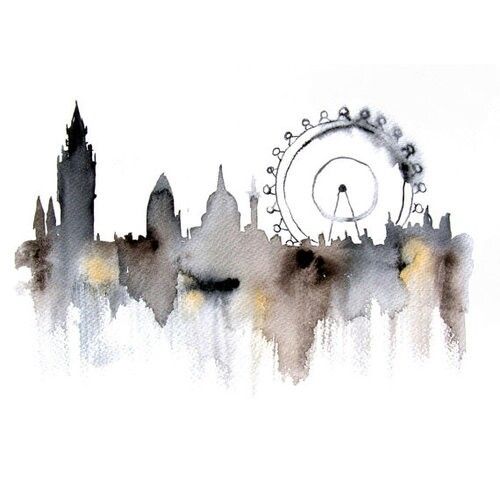 I’ve been reflecting on how much has changed, and how much has stayed the same. Two years is a blink in the grand scheme of life, but it’s shaped me more than I can put into words. I moved here heartbroken and broke, with the promise of a job in fashion that wasn’t even minimum wage. Two years on and my heart has mended, my debt has slowly been chipped away and I’ve trebled my income. I’ve been on 30 first dates, moved jobs, started my own website (oh hey there, this is said website), made friends for life. It isn’t all about those big life changes though, a lot of it is in the inconsequential details. It’s the nights spent drinking wine with women I call my sisters. It’s sitting on the tube and observing the thousands of lives happening around me. It’s the flower shopping at markets. It’s the afternoons spent drinking coffee on my tiny balcony in East London, and it feeling like the centre of the universe. It’s the friendly faces in the corner shop. It’s the sticky floors and blurred nights dancing in dingy bars and local pubs.

So, what have I learnt since moving to the big smoke?

Like any big jump and move, it’s terrifying and exhilarating all at the same time. London has a reputation for being cold and unfriendly. A lot of the time it is – people don’t make eye contact on public transport, they don’t hold doors open and no one says good morning. On the other side, there’s kindness everywhere you look. From the woman who sat with me for an hour at a tube station whilst I had a panic attack, to the plumber who fixed my sink for free because I’d gone out and got him a coffee, to the teenager who I thought was going to mug me and actually was just returning the oyster card I’d dropped.

Actually, no, it’s not that funny. The London living wage is enough to live on, for maybe a week, before you have to walk 80 minutes to work for the rest of the month because £1.50 for a bus is too much. Money in London is getting a wage that, in any other part of the country, would see you owning a property and opening an ISA. In London, 60% of it is gone before midday on payday after you’ve paid for your rent, travel card and bills. BUT. There’s a big but. It’s so fucking worth it. I’d spend every penny over and over If I had the chance. There’s not one ounce of me that regrets spending £14 on a cocktail, or £8 on a small soup; it’s all part of the experience. There’s a certain sense of camaraderie in London, whereby everyone lives off baked beans and roll-ups for the last week of the month.

This city I call home is the most vibrant, multicultural, diverse, accepting, liberal, leading community in the world. On every corner, there are people changing the world and making waves. There are people from all walks of life living side by side, protesting and plodding along, depending on the time and day.

In the two years I’ve lived in this city I’ve learnt, loved and lived harder than I have in twenty years. It may be cliche and overdone, but I’ll never stop writing love letters to London.