Besides that Munroe Bergdorf is one of the most beautiful women I’ve ever seen IRL.

First, I have a confession of shame. The concept of a feminist festival was one that (*sighs*) I was a bit apprehensive about approaching with people. When my family asked me where I was off to on Saturday, I told them a “cool event where I…” and proceeded to reel off every uber Feminist thing I would be doing there, without ever actually saying the word. I really don’t know why I shied away from declaring it in all its glory, but it made me feel a fraud. Someone who is all mouth on social media but can’t even talk to her parents about being a feminist. I guess it’s…uncomfortable, but one of the things I took from Women For Women UK’s #SheInspiresMeLIVE is that discomfort and pain are where our motivation and desire for change often come from.

Feminism isn’t something that comes naturally to everyone and for most, it’s a journey that is tumultuous, to say the least. I know mine has been, and I trip up every single day. But I still find my way back to the path, and put one foot in front of the other because, well, what else is there to do? The festival was not as intimidating as I’d expected, and rather than coming away feeling inadequate and discrediting myself for not being the ‘perfect’ feminist, I was full of wonder and awe not just for the incredible speakers and panellists, but a bit for myself. For being vulnerable, open to learning and never settling and refusing an opportunity to better myself. 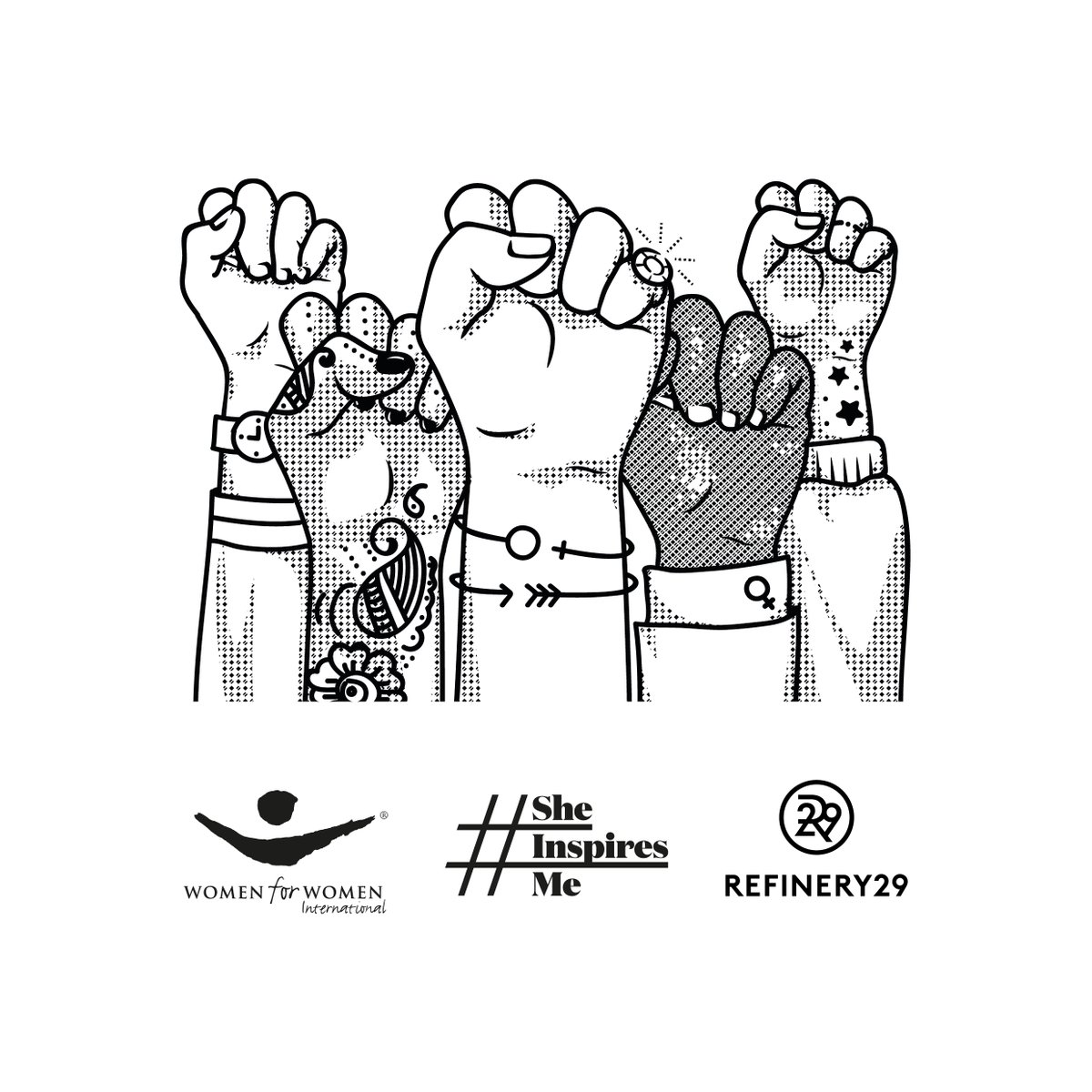 So here are the things I learned (and needed to learn) at #SheInspiresMeLIVE and here’s to all of our journeys, feminist and beyond.

I mean, we knew this already, but I left the festival struck by all of the womxn I’d listened to and the inspirational stories they’d told. From refugees and survivors of FGM bravely recounting their harrowing experiences, to activists and campaigners rallying the crowd to take on the injustices of society, #SheInspiresMeLIVE was all about celebrating our uniqueness whilst coming together through our commonalities.

You can always do something

“Activist” often feels like a lofty title that comes with a lot of connotations, especially in regards to feminism. You’ve got to be camped outside Parliament for weeks on end, megaphone and semi-crude banner in hand. Your entire Twitter feed MUST be you retweeting change.org. You should change your facebook name to Jane ‘DownWithThePatriarchy’ Smith. But something that I really took from the festival was that, whilst the big protests and campaigns are obviously important, activism can be personal and in relation to your own strengths and qualities. If writing letters to lobby your MP is less your bag then donating time to your favourite charity or cause to help manage their social media, that’s fine. The important thing about activism, digital or irl, is a passion for change that doesn’t leave anyone behind because none of us moves forward unless all of us do.

But, in doing something, be selfless, not selfish

On a panel on digital activism, Munroe Bergdorf told the crowd that the key to being an ally is to take the ego out of it. We shouldn’t blindly praise people for just being decent humans, and if that’s what you’re after, you’re in it for the wrong reasons. Allyship is about lending support to and amplifying the voices of marginalised individuals, most of the time above your own, so we need to make sure we are acting considerately and thoughtfully.

“Why bend your large curve into a small circle?”

This, for me, was the quote of the day from deaf activist Jane Cordell, who delivered the most incredible presentation on how we can all make a difference, in our own ways. We don’t need to conform to ideas of success, or femininity or anything else for that matter. We don’t need to mould ourselves into shapes we are not and reduce ourselves in the process. It’s such a simple idea but something I really needed reminding of.

There is SO much hope for the future

The entire day was the breath of positivity I was craving. The reality of our world at the moment is, frankly, pretty fucking shit, but hearing from some of the people that are trying to create change at a grassroots level truly gave me hope that, one day, things won’t be like this. From life coaching for girls in disadvantaged areas to workshops on toxic masculinity and sexism for schoolboys, next-gen activism is being fully cultivated by thought leaders all over the world. Finally.