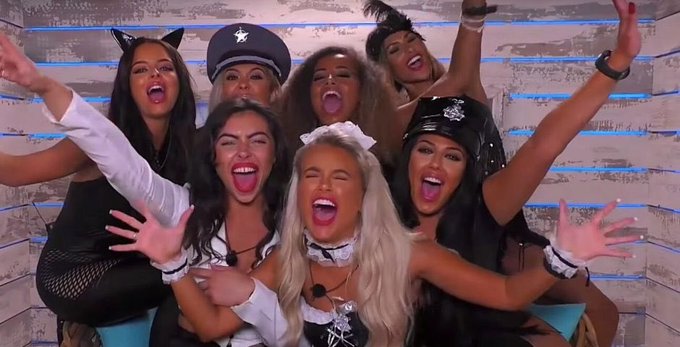 Well, if you’re anything like us over here at FGRLS, you’ll have spent the past eight weeks unapologetically saying no to any and all plans that aren’t likely to finish in time for Love Island, boiling the kettle at exactly 8.57pm and nestling yourself into your favourite spot on the sofa in time to hear Iain Stirling boom the word “TONIGHT”.

This season has been one of the best yet, for all the usual dramatic reasons. Deception. Heartbreak. First loves. An inexplicable need to create new colloquial language. Myriad cheese toasties. Salmon-jumping into the pool. It’s all been there, packed into our TV screens between the hours of 9 and 10pm. But this season, there’s a particularly uplifting overarching narrative: and that’s one of Girl Power.

Before the fairly recent resurgence of the term in everyday dialogue, the phrase ‘Girl Power’ wasn’t really found outside the vocabulary of those attending Spice Girls concerts, glassy-eyed mum’s after a few too many glasses Pinot Grigio and the designers at Claire’s Accessories. Love Island Season 5 has, however, proven that’s there’s nothing naff about sticking up for your female friends.

Firstly, there was the Amy and Curtis saga. When Amy was visibly upset and started questioning her part in Curtis considering leaving her, Maura was there, asking “Do you think that you deserve this? Sorry, but seriously?”

Then, there was the Amber and Michael spectacle. I’m sure you’re all well-versed in the drama that unfolded after Amber (our Queen and Saviour) sashayed back into the villa from Casa Amor on her own, only to find her partner coupled up with Joanna. In the aftermath of Michael’s blatant chaldish-ness in which he adopted an icy persona around Amber, freezing her out and sniggering at the implication that he still liked her, who was it that stepped in? The girls. Storm Anna blew through the villa at an astonishing rate for a girl in six inch stilettos to talk to the man who broke her best friend’s heart, telling him in no uncertain terms, “you’re not who I thought you were.” They were there to listen to Amber and allow her to work through her emotions in her own time, reassuring her she was allowed to be upset and didn’t need to put on a brave face in front of them. They literally shielded her with their bodies when she cried and didn’t want Michael to see. They talked her through the drama, step by step, though they were probably all sick to death of hearing his name.

“The girls rose up and formed the I Saw It First version of the Power Rangers, forming a protective circle around Anna”

In last night’s episode, we saw Jordan confess his feelings for India to Curtis merely two days after asking Anna to be his girlfriend. Naturally, in such close quarters, everyone heard about it exactly two seconds afterwards. Curtis practically danced his way over to Maura to tell her the goss. Upon hearing (and seeing – seriously has anyone ever heard the word subtle?) Jordan pull India for a chat to explain his feelings for her, Maura was visibly enraged, shouting “SORRY WHAT?” and immediately getting up to tell Anna what was going on behind her back. Once the news was out, the girls rose up and formed the I Saw It First version of the Power Rangers, forming a protective circle around Anna while she confronted her boyfriend. While Jordan tried to gaslight Anna with throwaway comments like “am I not allowed to talk to her?” and “Did I say that?”, the girls were there to keep things straight when Anna was overcome with fury. In classic Maura style, she popped up behind Anna’s head screaming something we’ve used Google translate to decipher as “YOU SAID THAT.” 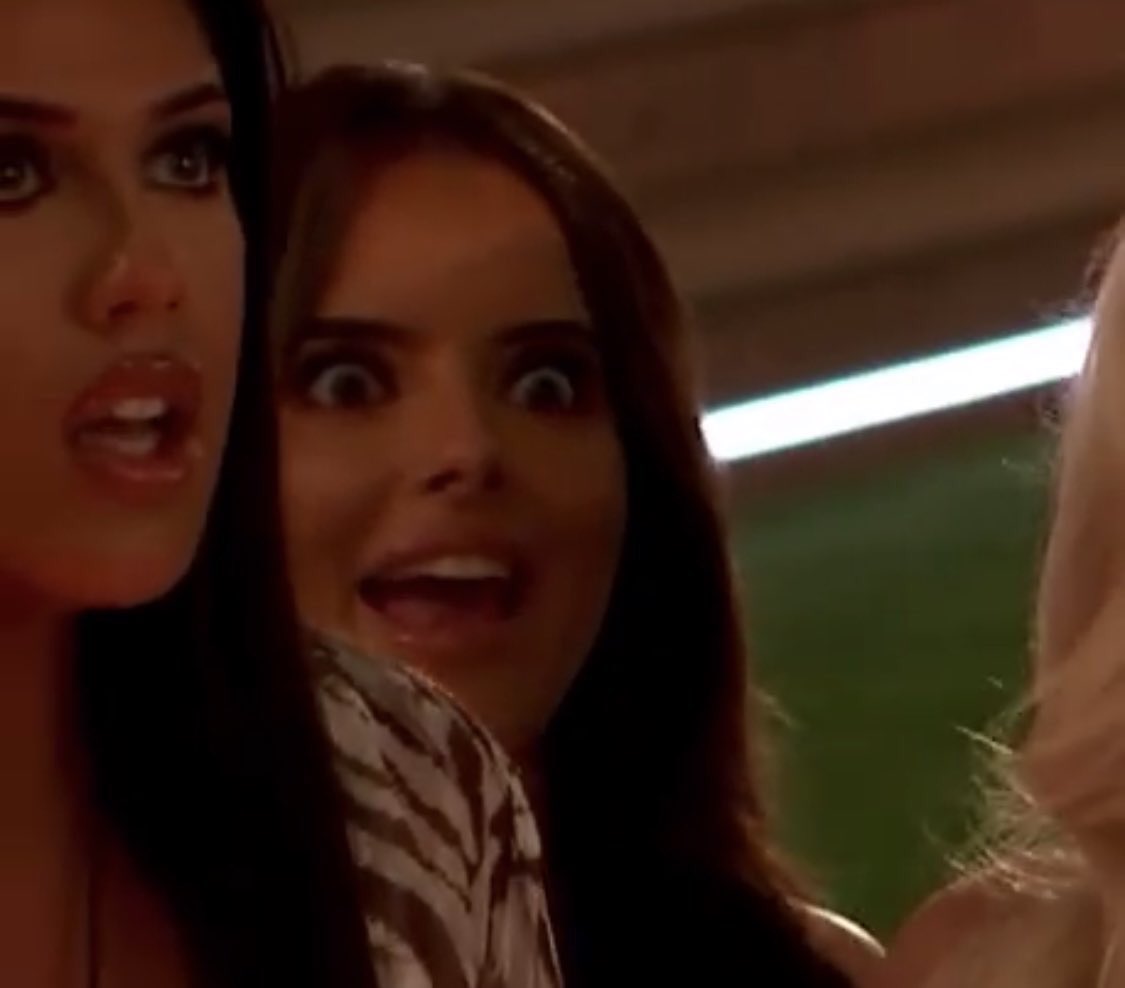 The feeling of female friendship and support isn’t just limited to back up when the girls are being mugged off by the boys, though.

There was the scene when Anna reassured Yewande of her worth when she struggled to make her feelings known to Danny and thought his re-coupling with Arabella was her fault. She later told the beach hut; “I don’t think she rates herself, or realises how beautiful she is inside and out.”

When Arabella walked into the dressing room, Lucie scooped her up for a hug and a ‘hello’ knowing that she was her ex’s ex-girlfriend.

When Molly-Mae fell flat on her face after tripping down the steps, Maura was there with a jovial “I hope you saved the wine” to off-set her embarrassment.

They lend each other clothes when they’re going to the hideaway. They help one another with their makeup. They encourage each other with hugs, comforting words and a hand on the arm of the girl who’s upset, having a down day or, more frequently – having a few choice words with their partner. Essentially, there’s an unspoken rule that if your friend needs you, you’re there. In saying that, the girls aren’t afraid to call one another out on behaviour they don’t agree with – e.g. when Amber pulled Maura for chatting and giggling with Michael when he was rude to her – and that’s just as important as backing your pal up.

They care for each other fiercely and ferociously and it’s so refreshing to see. In an age where women are pitted against each other in every aspect of life – in our careers, in the ‘who wore it best’ articles after a Hollywood event, even in the producer’s endless push for women to cause drama with each other on the show (remember Joanna and Amber’s ‘date?’), the message of female solidarity and having your friend’s back is one we’ll never get tired of.