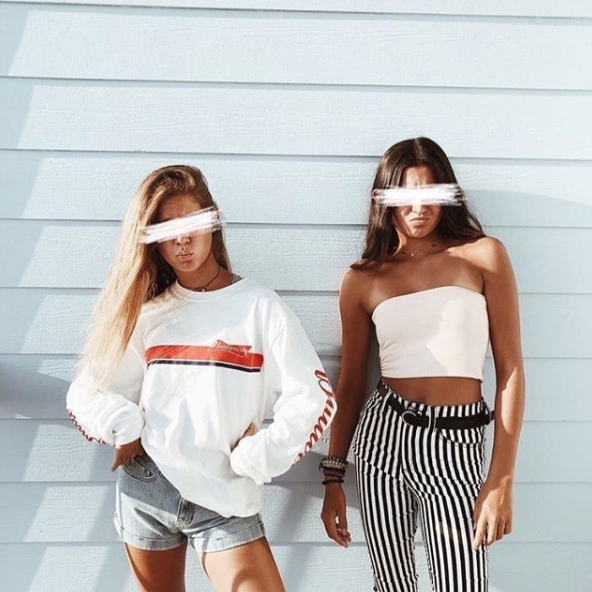 Before, there was the basic bitch with her pumpkin spiced lattes, scented candles, and Ugg boots. Now, there’s the VSCO girl with her scrunchies, hydro flasks, and Birkenstocks. The newest tween trend to sweep the internet, the VSCO girl is essentially a ‘rebranded basic bitch’ (i-D magazine). Described by Cosmopolitan as the ‘basic bitch’s younger, cooler cousin’, the VSCO girl takes her name from the popular picture editing app they use to maintain their curated aesthetic. But there’s one crucial difference: unlike the term ‘basic bitch’, the ‘VSCO girl’ trend is not inherently misogynistic.

Do you remember the stereotype of the ‘basic bitch’? The Sex and The City fan who adored Ryan Gosling, Starbucks, and anything light pink? You know the one. She’d go on ‘wild’ nights out (where she’d drink solely vodka cranberries or pornstar martinis because she doesn’t ‘like’ the taste of alcohol), then spend the next day nursing her hangover by watching re-runs of Friends. An early adopter of Instagram, she’d get her weekly #gram by capturing #brunch #with #the #girls before spending an afternoon ‘treating herself’ in Topshop – where she’d spend far too much money on unapologetically mainstream items (think: black jeans and white striped tops – the aim being to dress exactly the same as her friends).

Starting off as a derogatory description of a woman who likes mainstream things, the term ‘became a catch-all term for any aspect of a woman’s personality that we collectively decided we didn’t like’ (i-D magazine). To call someone basic was to say that they lacked originality, creativity, or even – to take it quite far – sexual appeal. As New York Magazine pointed out, the term was also an effortless way of dismissing anything overtly feminine ‘that men dismiss as unserious’. It was overtly gendered and implicitly misogynistic. Urban Dictionary describes a ‘basic bitch’ as ‘unflinchingly upholding the status quo and stereotypes of their gender without even realising it. She believes herself to be unique when really she is boring, painfully normal, and par’. Not only insulting to the particular recipient of the remark, the term was also a dismissal of the female gender-at-large. Aka, women are ultimately boring. If you were to engage in overtly feminine, ‘basic’ behaviours – such as delighting in leaves turning brown and crispy underfoot or long evenings watching Mamma Mia and drinking rosé – you were both uninteresting and unsurprising.

“The term was an effortless way of dismissing anything overtly feminine ‘that men dismiss as unserious’. It was overtly gendered and implicitly misogynistic”

But the VSCO girl trend turns this culture on its head. Feminist discourse has become much more widespread and better understood since the heyday of the ‘basic bitch’, and this can be seen clearly in the lives of the VSCO girls.

So, what defines a VSCO girl? Well, her ‘look’ is much more specific – and prescribed – than that of the ‘basic bitch’. You can spot her wearing an oversized tee from Brandy Melville, with Birkenstocks or Nike airs as footwear. Her wrists are most likely covered in homemade friendship bracelets and (store bought) scrunchies, and she pairs them with a puka shell necklace. You’ll probably find her sporting a Fjallraven backpack, which contains her hydro flask, a matching metal straw (she’s fashionably conscious of the environment), a Mario Badescu facial spray, and a cherry Carmex lip balm (to be applied both frequently and liberally). 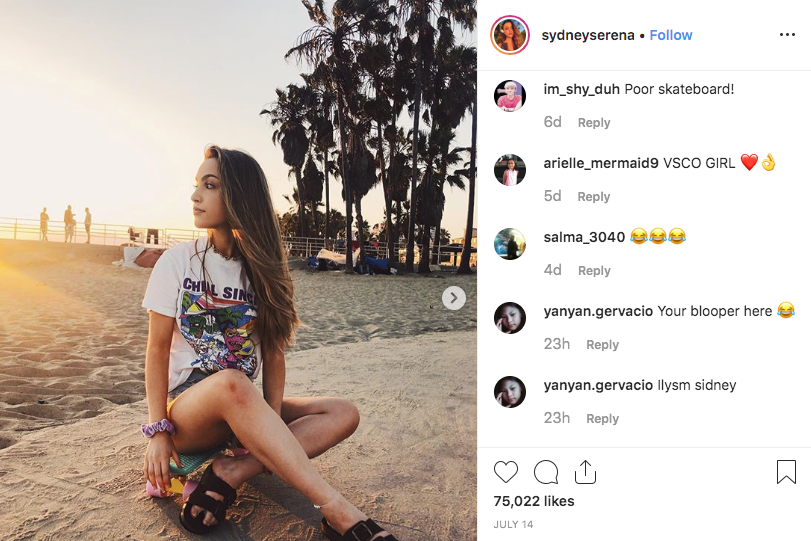 Unlike the women branded as ‘basic’, the VSCO girl trend showcases a refreshing change in how we see teenage girls – and how they see themselves. No longer worried about being dubbed as ‘uninteresting’, the VSCO girl takes joy in her newfound aesthetic: her natural habitat is the beach, where she’ll pose in front of her jeep overlooking a caramel sunset. Her hair falls in curated-but-natural-looking beachy waves, she sports a no-make-up-make-up-look with glowing skin, and her breakfast consists of artfully arranged fruity acai bowls (they fit the rainbow aesthetic perfectly). She’s cool, she’s carefree, she’s environmentally conscious, and – crucially – she’s in control of her own narrative.

Where being called ‘basic’ was a catch-all misogynistic criticism for all things overtly feminine – a term used exclusively by people who saw themselves as un-basic – the ‘VSCO girl’ label is one that these girls actively ascribe to themselves. She adheres to a curated aesthetic of her own volition, as opposed to being criticised for liking the ‘mainstream’.  It’s a fashionable lifestyle to which – crucially – girls aspire. In fact, as i-D magazine points out, ‘for every post on r/teenagers taking the piss out of VSCO girls, there’s five more about becoming one’. Type ‘VSCO girl’ into YouTube and you will find copious amounts of advice videos; ‘how to’ guides to transform your life, mindset, and aesthetic to become ultimately ‘on-trend’. And so, the trend provides a more feminist spin on the ‘basic bitch’ concept – encouraging teens to embrace who and what they want, without fear of being branded as boring. 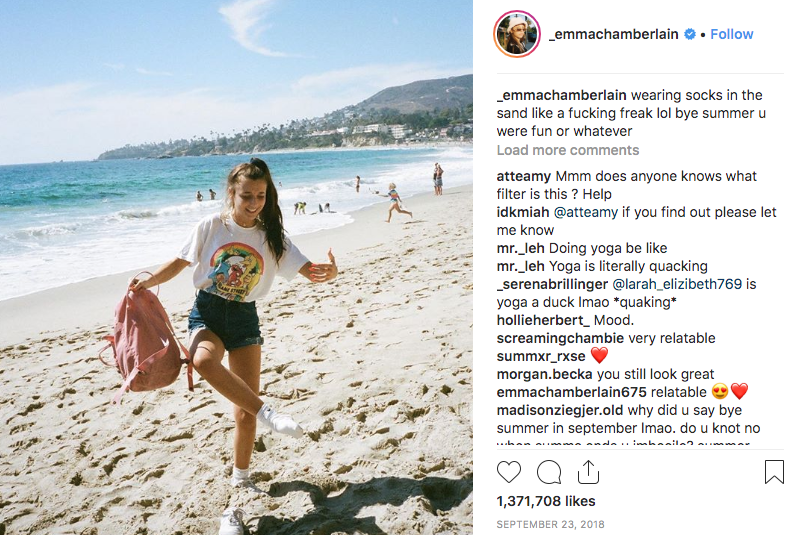 Of course, as with any trend, it’s problematic. These girls use hydro flasks and preach about ‘saving the turtles’ whilst also taking various photos of themselves posing with jeeps. The general aesthetic requires that the girls be thin and rich enough to buy their favoured clothes. What’s more, the majority of them are white. But the trend is more feminist than the ‘basic bitch’ trope – and that’s something, at least.

These VSCO girls are unashamed, in control, and living their best lives in spite of the various abuse being hurled at them via the internet (teen girls are always easy targets). They are testament to how far feminist discourse has come since the inception of the ‘basic bitch’, and a reminder of how the internet-at-large should stop picking apart young girls who are clearly comfortable in their own skin (or oversized Brandy Melville tees).