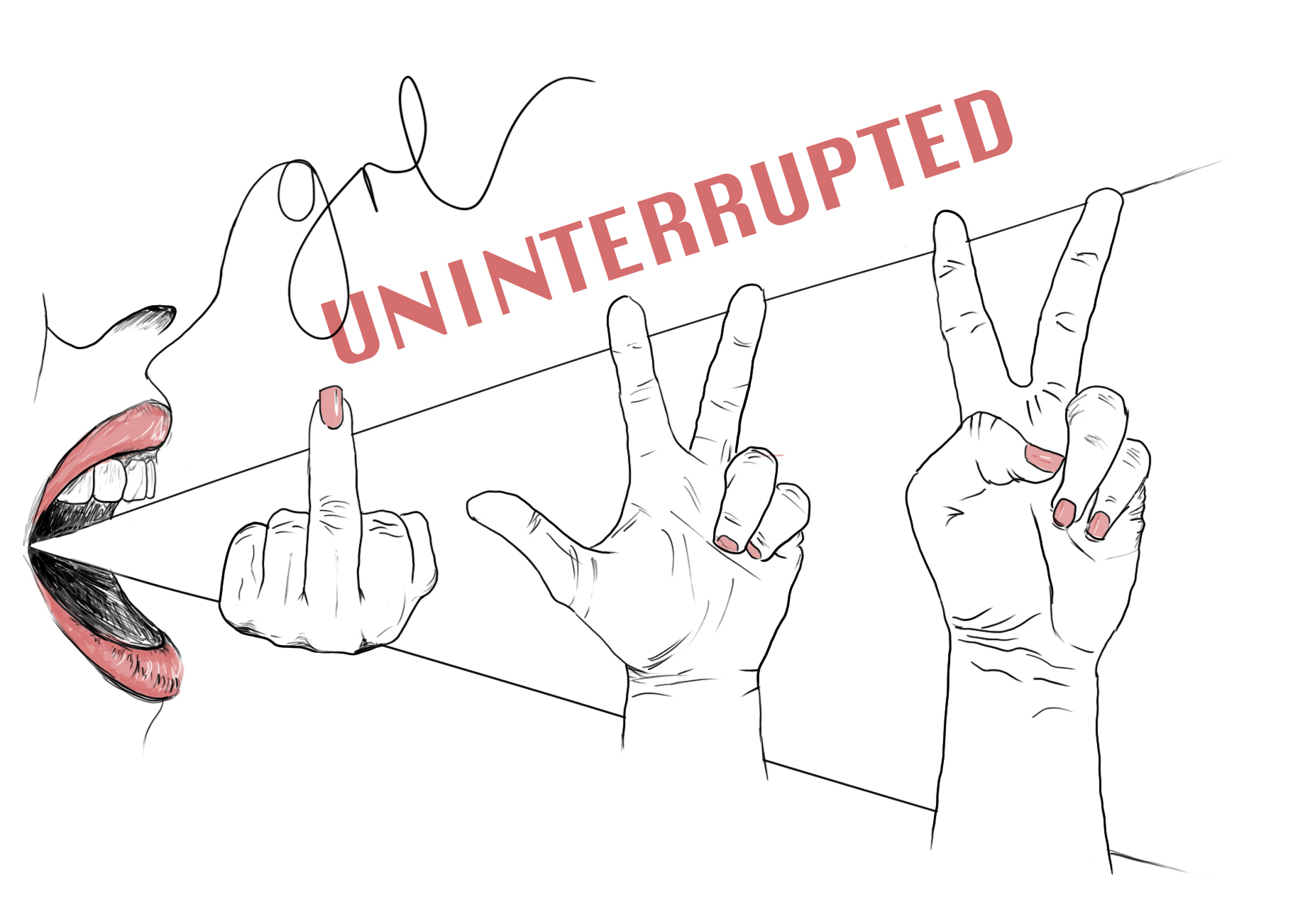 I’ve been waiting for this one… TURN IT UP.

I said I’d never. I said it was lame, and basic and not even that funny. But that was then, a world away – quite literally – and before lockdown when I had a life and a semblance of dignity.

Oh how the turntables have turned, as Michael Scott would say.

It’s time I stop pretending I don’t fucking love Tik Tok. Even if I could keep lying to myself, my screen time can’t. Hours and hours down a rabbit hole of viral dances, adorable dogs, and begrudging parents taking part in whatever skit their child has roped them into.

I’m mostly there for Mamma Mia content, especially by the user who lipsyncs with her mum who looks EXACTLY like Christine Baranski. That shit gets an instant like and is immediately sent to my friend Sara accompanied by an all-caps WE SHOULD TOTALLY DO THIS.

There really is so much joy to be found amongst the melding of internet cultures past and present, where Glee Cast did you know?’s from 2010 are just one downward flick away from the newest meme fodder (Carole Baskin…killed her husband…WHACKED him…)

“The more I watch, the more I try to unpick why I was so negative towards Tik Tok initially. I think it has to do with the cultural tendency to shame and devalue anything that is considered a young female interest area.”

I also particularly enjoy people roasting their friendship groups, exposing the dirtbags that have cheated on them and the “x leaving my body when” True Jackson VP meme. I’m also a sucker for (and will get teary to) anything featuring grandparents, because I miss mine very, very much.

The more I watch, the more I try to unpick why I was so negative towards Tik Tok initially. I think it has to do with the cultural tendency to shame and devalue anything that is considered a young female interest area. Having been a Directioner and Twihard (midnight premiere-attendee level of dedication) I should really know better. All the times I’ve been made to feel stupid and immature for those interests – as so many boyband fans continue to in this new age of hardcore BTS stanning – only served to discredit my perfectly valid passion.

Tik Tok, and its users, deserve more than that.

It’s not a perfect platform, as nothing that operates in our current media environment – where things can so easily take a dark and harmful turn – can be.

In spite of this, what’s honestly surprised me more than anything is just how creative a platform it is. Yeah, there’s a lot that makes me roll my eyes, and I go a bit cold when I see people – especially young girls – so readily using their trauma as content. A tutorial came up the other day on how to do makeup to hide bruises from domestic abuse. On a platform that is so young and youth culture-oriented, I couldn’t help but snap out of my usually mindless scrolling and wonder if enough is being done to protect users.

The performative element is also not for me. Despite my borderline-obsessive consumption, I will never, ever film my own Tik Tok. That I can guarantee you.

But to those that do – the ones that make me belly laugh with their sketches and fails – I’m truly indebted to you. You’ve changed the game for me whilst in lockdown. God knows how many books you’ve saved me from reading, or tasks I could’ve actually completed if I didn’t have you filling my empty days. I’ll remain forever in awe.