I’m going to warn you all before I start that this article is about periods. More specifically, it’s about what happens when periods go wrong, and a disease called endometriosis that 10% of women have but most have never heard of. You might want to get a cup of tea and a biscuit (definitely a biscuit) because this is going to be a bumpy ride. 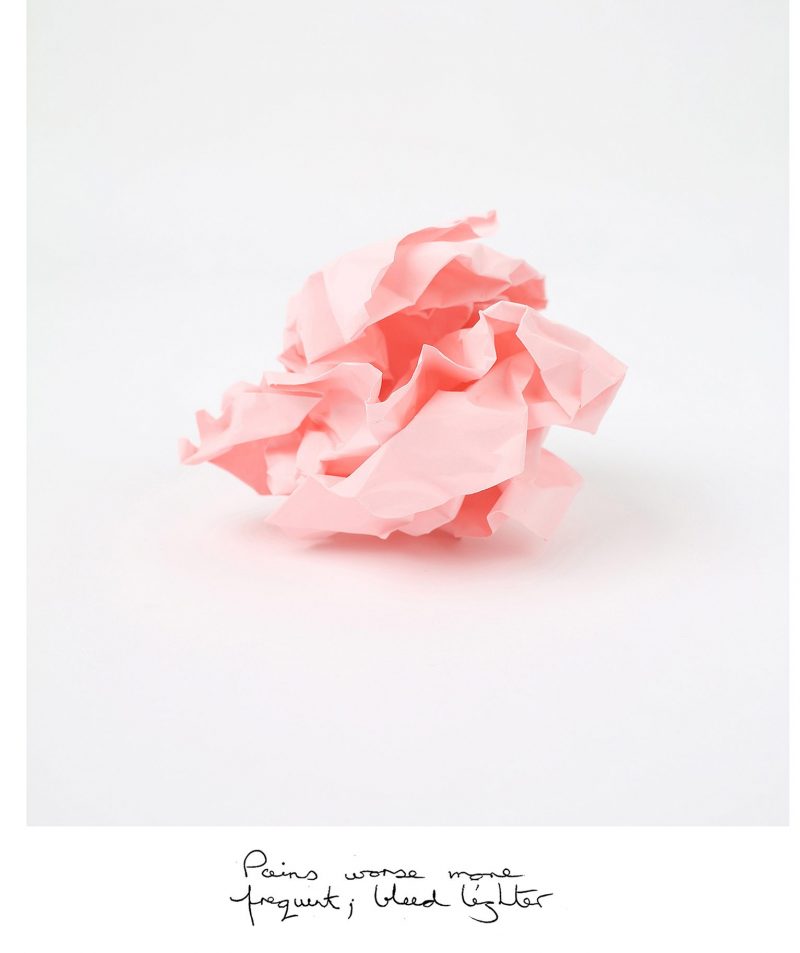 If you haven’t heard of endometriosis, it doesn’t surprise me. If your period education was anything like mine it consisted of a copy of Are You There God, It’s me, Margaret and a weird visit from the tampax lady at school. There might have been some talk about mild cramps and flow but no-one ever actually explained what they meant by that. No-one talked about what unhealthy periods look like. But we need to.

Endometriosis is a chronic condition in which tissue similar to the lining of the uterus grows in places where it shouldn’t, like the ovaries, fallopian tubes and bowel. It cycles with the hormones of the menstrual cycle, so it swells and then it bleeds causing inflammation, pain and scarring. Sometimes this causes infertility. (Sometimes women aren’t diagnosed until they can’t get pregnant despite having symptoms for years. Make of that what you will.) Endometriosis can mean very heavy bleeding and long periods. Sex can be painful. If it’s growing on your bladder or bowel, it will screw things up there too. You might have pain when you go to the loo. Symptoms are usually cyclical but you can also get pain with ovulation, and with advanced disease, pain every day. And this isn’t a bit of cramping in your uterus. Endometriosis pain is different. My period pain felt like I was being stabbed in the gut with a garden fork, a scraping, burning agony. Lots of women are diagnosed with IBS which is GP shorthand for you have bowel symptoms but I don’t know why please go away you neurotic stresshead.

As you can imagine, when you’re living with this, that’s exactly what you become. It takes on average 7 years to be diagnosed with endometriosis. That’s 7 years of GP’s telling you to take ibuprofen, it will get better when you have children, period pain is normal, some women are just unlucky. I first saw a GP about period pain when I was 15. I was given mefenamic acid and told I would grow out of it. I got through my early 20’s with the pill and alcohol and spent my late 20’s pregnant, but in my 30’s, all the coping mechanisms I’d developed over the years gradually stopped working. 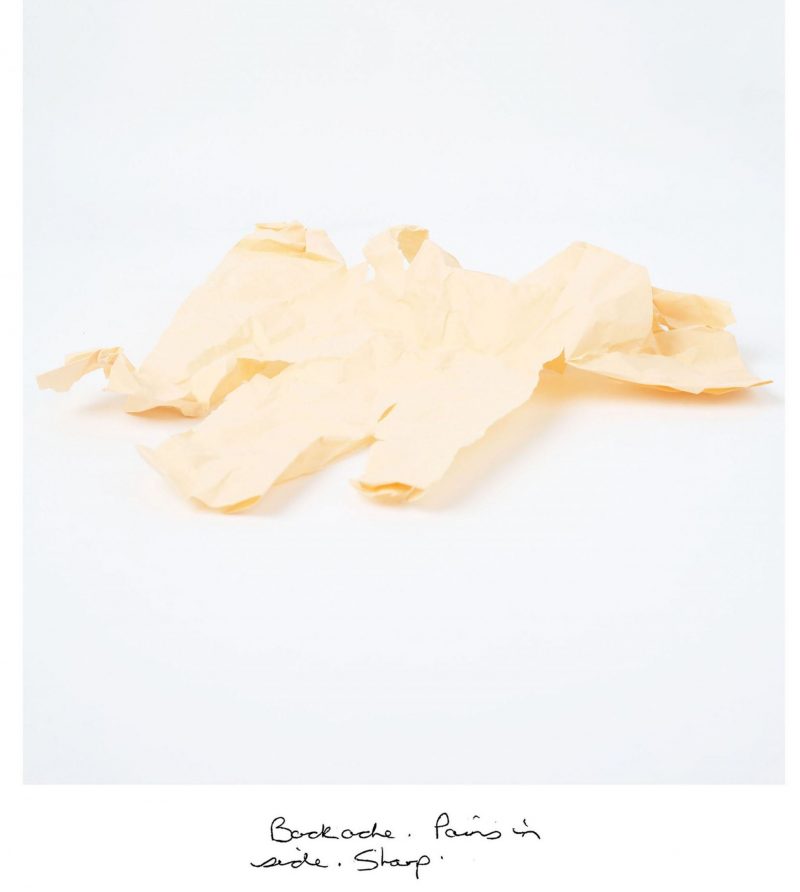 By 35, I was bleeding for 10 days at a time, 5 days of dirty spotting followed by carnage. It was so heavy I had accidents.  The pain was awful, spreading from armpit to knee, in my bum and down my legs. It was like the aftermath of stomach flu when your gut is so sore that you don’t want to get out of bed. It would last for days. I went back to the GP and was told it was IBS and to take buscopan. It didn’t help. I went again. And again. And again. I became very anxious. I was crippled with embarrassment that I couldn’t cope with a normal bodily function. I asked about endometriosis. The GP told me I didn’t have the symptoms. It was IBS and if my periods were getting worse, it was because I was heading into menopause. He made me feel small and stupid and ashamed.

He was wrong. I did have endometriosis. But I believed him because he was a doctor and I am not, and because I had heard the same story so many times from different medical professionals that I didn’t think to question it. I didn’t know what normal looked like and I relied on them to tell me. We have a massive problem with the way women are educated about period health and the way we are treated when we ask for help. Not only is there an assumption that female bodies are simply a painful place to be, it is tied to a fierce reluctance to acknowledge that this is unacceptable and do something about it. We’re still telling women that they’re better mothers if they refuse pain relief in childbirth. It’s madness.

If your periods are bad enough that you can’t go to school or to work, that’s not normal. If they are bad enough to get you in front of a GP in the first place, they’re not normal, because if they were you would be managing them with ibuprofen. Sex should not be painful. If it hurts when they put the speculum in for your smear test, that’s a red flag. If other women in your family have bad periods, that’s an even bigger red flag. Ask about endometriosis. Tell the GP you want a referral to a gynaecologist. If they refuse, ask them to write their grounds for refusal on your notes and make a formal complaint. If we’re going to fix this, we’re going to have to start making GP’s very uncomfortable. It isn’t going to be easy or nice. That’s OK, and I’m going to tell you why. 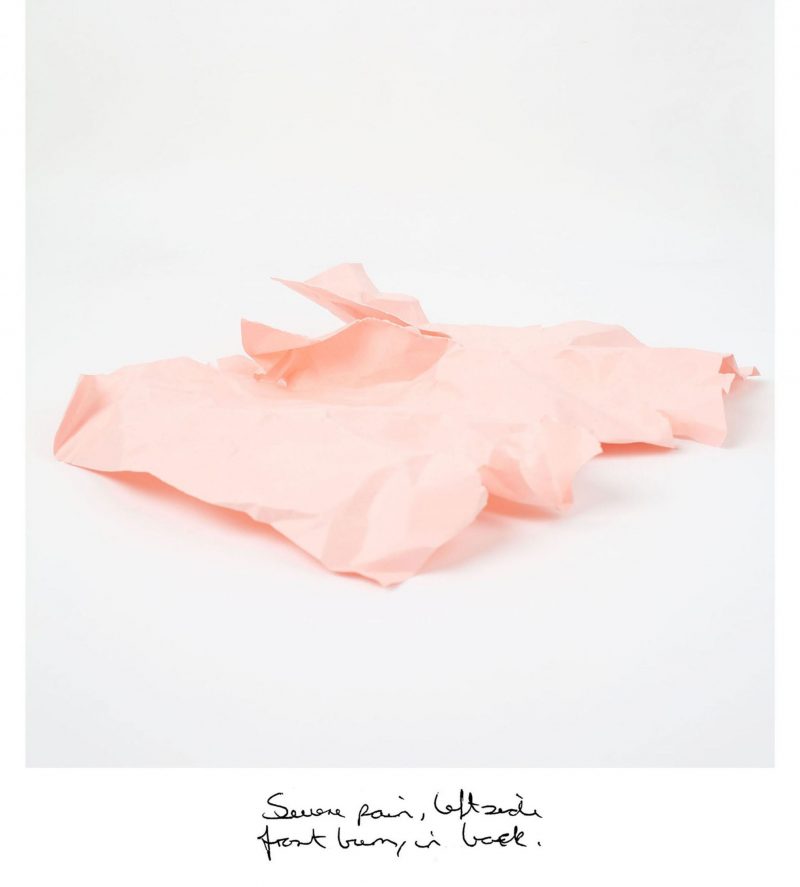 Two months after being told I didn’t have symptoms of endometriosis I had a terrifying increase in pain and ended up in A&E. Unfortunately, there isn’t an easy way to diagnose endometriosis – there isn’t a blood test, and it doesn’t show up on ultrasound unless your radiographer knows what they’re looking for and your disease is severe. For a definitive diagnosis you need surgery, and I had to wait another 6 months for that.

The gynaecologist who diagnosed me found multiple lesions several centimetres across which had stuck my uterus and bowel together. He wasn’t skilled enough to deal with it so I was referred on to the specialist team at UCLH in London. In some ways I was lucky because it had not progressed to my liver or diaphragm, but it would still take two further surgeries to sort it out. Endometriosis was cut from my bowel, my bladder, my ureter and my pelvic sidewall. They cut down between my rectum and vagina to remove a lump of endometriosis the size of a golfball. They also removed my uterus and cervix and fallopian tubes and ovaries, leaving me infertile and in immediate menopause at the age of 39. And it was just in time – if the disease had progressed any further I would have lost part of my bowel and a kidney as well. I now need long term medication to manage the health problems caused by the removal of my ovaries and will most likely die younger as a result, but there was no real alternative.

It is still incredibly hard, a year later, to look back. I can’t think too hard about the years of unnecessary ill health and pain or all the medical professionals who didn’t listen because I was a young woman making a fuss about periods. So much of it could have been avoided if they’d taken me seriously. This week is endometriosis awareness week and I’d like to ask all of you to share this article and start really talking about periods. It’s the only way to make things better.

And please go and make some GP’s uncomfortable. 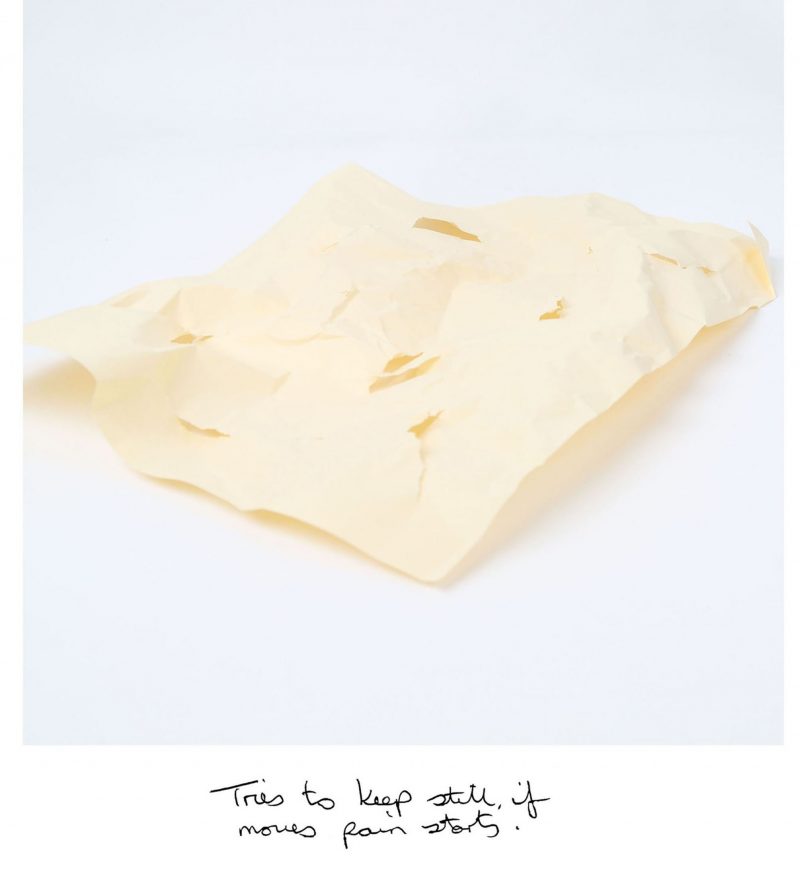 Current NICE guidelines for the treatment of endometriosis.

The photography used in this piece was created by artist Lucie Blissett. Lucie is a third year BA photography student at Leeds Art University. Her work is entitled “Invisible Pain” and explores the unseen agony that 1 in 10 women suffer with in the UK. Lucie says of this series: “Both my sister and cousin have the condition Endometriosis, and my work demonstrates the unbearable pain they go though which makes for a complicated lifestyle. To create these photographs, I asked my sister and cousin to manipulate the paper to show what is feels like to have this condition. They ripped, screwed, cut and stuck a knife into the paper to crate these beautiful paper sculptures. The quotes underneath the images are taken from a diary my mum kept in the three years my sister struggled to handle her condition.”

Jane’s latest novel “Blue Shift” is available on Amazon and in bookstores now.