“We need to carry on what we’re doing, just louder” is a sentiment of Gabby’s from this interview that sticks with me long after our conversation. The notion that our strength is not necessarily something we must gain, but elevate, turn up the volume on. Gabby is the founder of Bloody Good Period, an organisation whose mission is to end period poverty by providing refugees, asylum seekers and anyone in need, with sanitary items. With over 11 drop-in centres, 70 volunteers and a constant stream of people wanting to contribute, it seems she is not the only one dedicated to the cause. As we talk, her passion – and anger at the state of period poverty in the UK – is abundantly clear. Honest, driven and determined to make a change (so much so that she took bloody laundry to Parliament to protest unfair refugee living allowances) , in this GRL Talk, she tells how this anger fuels her to help people every single day. 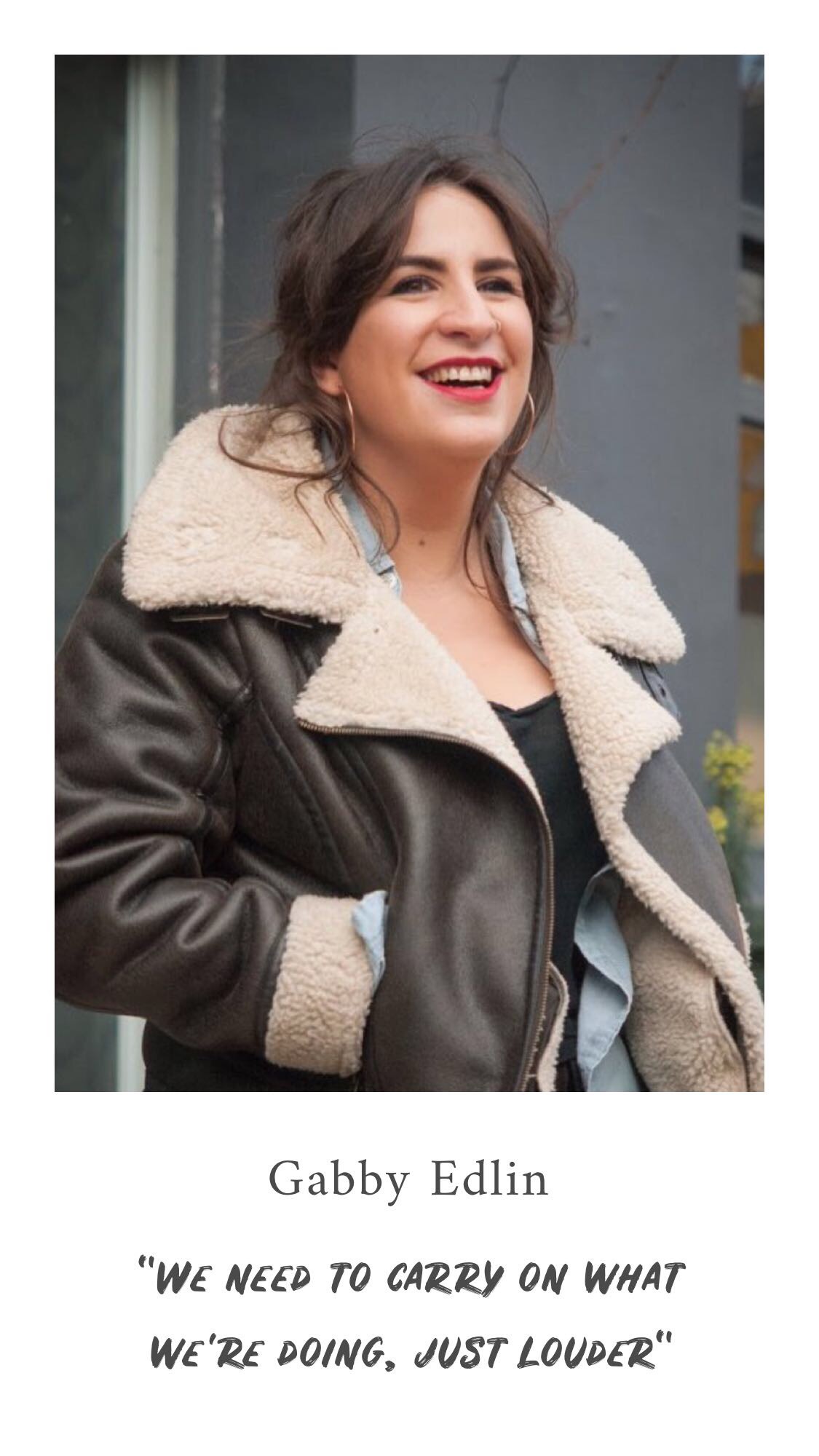 The work BGP do is so important. What inspired you to start the organisation?

It was simple, I was volunteering at an asylum seeker drop-in centre and it was obvious that they were missing these items. I just asked the centre if that was something they would supply, and they said they would, but only in an emergency. It was then that I realised that pads are not seen as an essential in so many arenas when they’re actually more essential than toilet paper and just as essential as food. The concept of “period poverty” hadn’t really been coined at the time – that was a little bit later – so it was really just a realisation that so much of the aid we provide is based on a man’s essentials, which really outraged me. The injustice in the asylum-seeking community and the way they have to live is so unfair and this just felt doubly unfair, so I just wanted to make it a little bit easier for them.

Period poverty is such a huge, yet largely unspoken, problem in UK society. How important is it to encourage conversations about menstruation?

It cannot be that in 2018 something as simple as a period is changing the course of a young person’s life. It’s too late for that, and ridiculous that we have to make such a fuss about it when it’s no different than a headache. We give a lot of credence to taboo, but most people are quite comfortable talking about it, it’s just kept a secret. It’s something we think no one else is supposed to know. Periods are still seen as icky, even with other women. You all know you have one, but don’t talk about it. No one talks about it in a group until one person starts it and breaks the seal and then everyone talks openly and doesn’t stop mentioning it! That’s what we wanted to do with Bloody Good: talk about it all the time so that you never have to have that awkward first move. We’re just continuing the conversations women are having, on a larger scale.

How can we combat this shaming, as a society, in education and further afield?

The big companies have a lot to answer for in terms of the shame they have created. They have been selling through shame for years. Advertising is basically making women feel shit about themselves and even though they’ve started to understand that they don’t need to shame people into buying their products, it’s still pretty insidious. It’s a two-pronged attack of being angry at this large corporations and, when possible, buying from small companies that actually care about making a difference and don’t just have a whack-a-mole go at period poverty.

And then there needs to be much more education in schools. It’s insane that boys aren’t given the talk and loads of girls aren’t either. It’s ridiculous that people don’t understand the effects not talking about it can have on a person’s wellbeing. We need more in culture, discussion, everyday life – it doesn’t have to be niche. But the onus isn’t on us [womxn] to get rid of shame, it’s on us to carry on as we were, just louder. People who menstruate don’t need to change their behaviours, it’s everyone else that needs to stop getting so bloody upset.

You describe BGP as “what started as a whip-round on Facebook [and] is now a growing enterprise with a vision to end period poverty”. What does this positive reaction to the cause mean to you?

The reaction is the most telling thing of all – not only is this service needed but people are really desperate to help. We are so sick of all of the shit that has come at us during the past millennia and then the Trump thing galvanised people wanting to do something good to push back. In combination with the objectification of women we are seeing everywhere, it was just a real drive to be like, actually, we are messy human beings, and this is our way of showing it. Thinking about someone else’s period is a really empathetic thing to do, as it’s really personal, so the reaction is what makes me want to keep doing it. It’s so needed in every sphere of society. 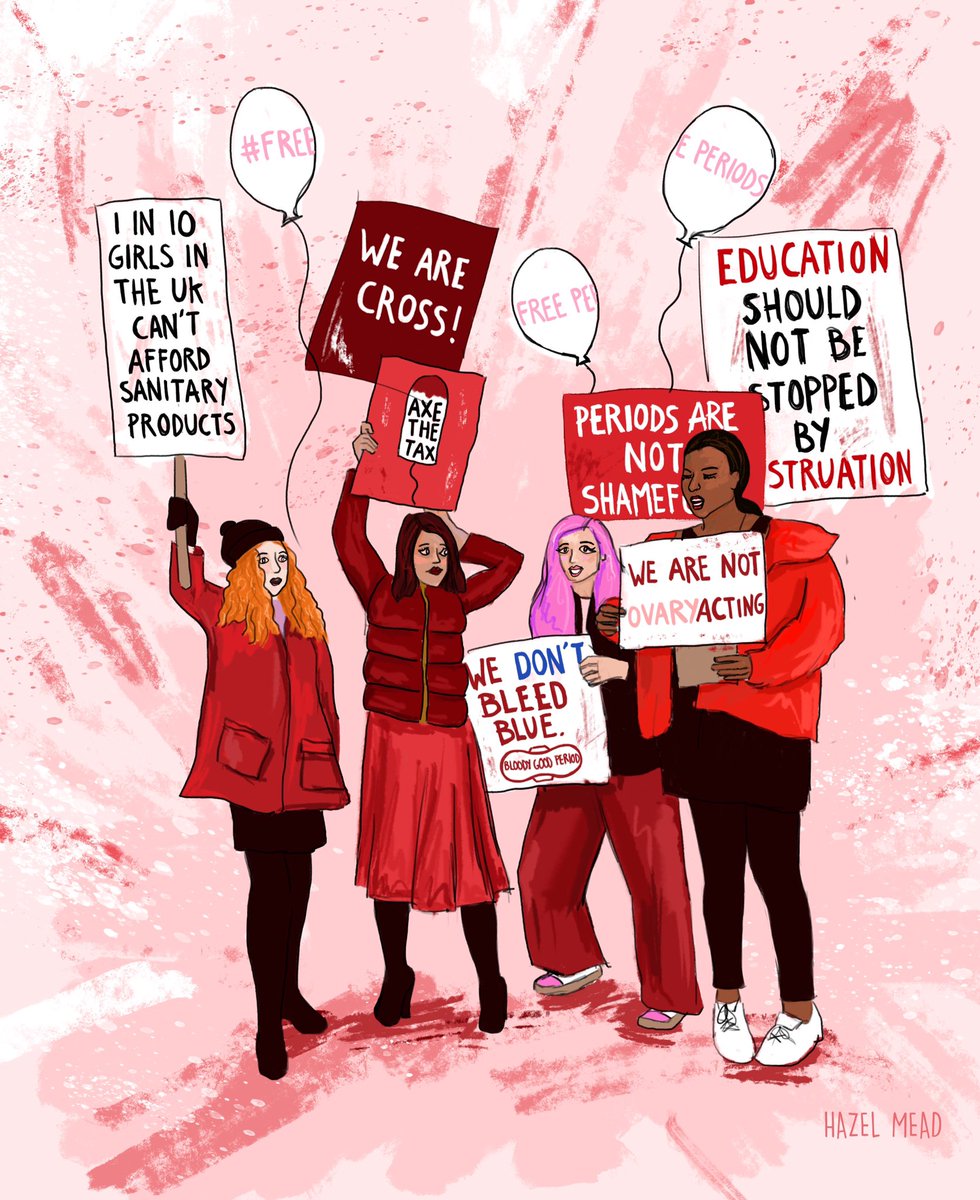 What is the biggest lesson you’ve learned through your campaigning?

One of the big things I’ve learned is that there’s a lot I don’t know about periods. I got into this not because I was passionate about periods, but because I was passionate about asylum seekers. So, I’ve learned that you can follow your instinct as long as you’re working with the people you’re supposedly helping. Don’t make the assumption of what people need. Everybody wants us to use menstrual cups, but no women have actually asked me for them. They haven’t asked whether I have a more sustainable alternative, they just want something that is comfortable and safe, and that’s what we provide.

Finally, the question we ask everyone on GRL Talk. What would you go back and tell your 16-year-old-self?

What a huge question! I’d probably say, creativity and compassion are for more important skills than being able to accurately draw an apple. So, fuck A Level Art… 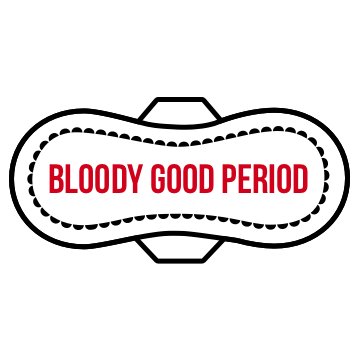 You can donate to Bloody Good Period here

Follow them and keep up to date with their campaign here