Every single month as a young kid I was taken to the theatre. My parents were insistent on me becoming more cultured, often tearing me away from ‘Neighbours’ and the constant drama on Ramsey Street. I vividly remember watching a play where two women shared a kiss. I was wedged between my parents at the time, so I had to pretend to not care and wave it off as nothing. That was the only play I saw in that time that showed any kind of representation of a same-sex relationship on stage. The next closest thing I got was attending a theatre production of ‘Cats’ at age 12. It ended up being a local production of only gay men wearing overly invasive leotards. Now I am 27, sitting in the Bunker Theatre watching the extremely sharp and slightly disturbing play ‘Grotty’ having that same elated feeling I had as a young kid when I first saw two women kiss on a stage. FGRLS CLUB chatted with Director and co-founder of Damsel Productions, Hannah Hauer- King, to discuss ‘Grotty’ and how Damsel Productions and other companies need to continue to encourage and help create a LGBTQ+ friendly community in the arts.

How would you explain the premise of this play to someone who is yet to see it?

Grotty is a semi-autobiographical piece about lesbian subculture and coming out on the East London scene, including topics such as the challenges women face on the scene and the tensions within. Through the eyes of a quick-witted and unapologetically flawed protagonist Rigby, we encounter this scene and the women that she meets as an early-20s-coming-out-lesbian, who struggles with self-esteem and often crippling self-doubt. She is quickly swept up in a barrage of nights out, substance abuse and incestuous relationships with different women, often to the dismay of her straight friends. Though the play shines a satirical and heightened light on the scene the piece also has a psychological darkness and underbelly, in which it connects to the issues that run through such as struggles with mental health, failed intimacy and grief. 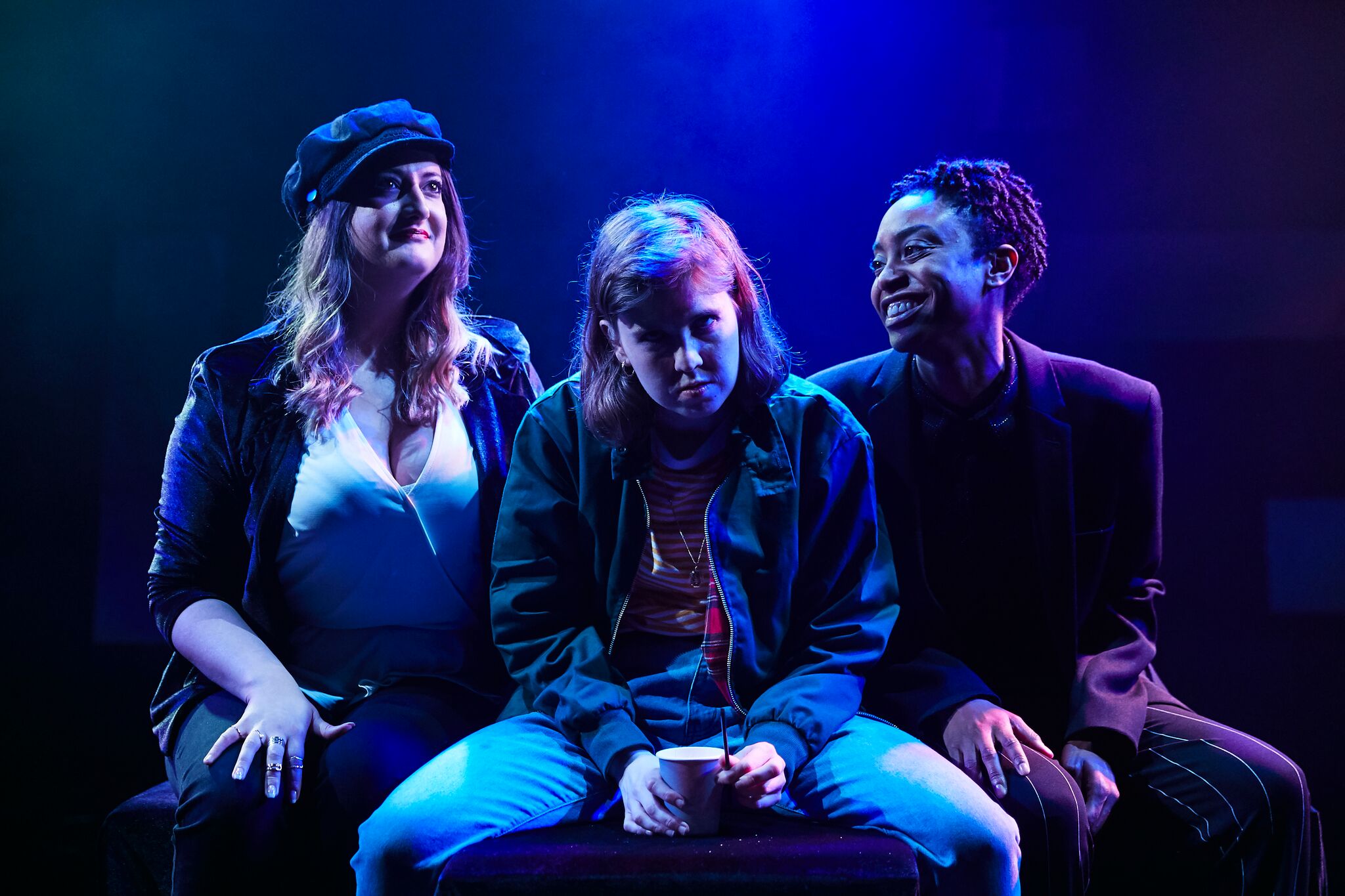 Why did you choose Grotty as Damsel Productions next play?

For a while, I had felt a glaring imbalance of stories on stage about and conceived by queer women and knew that I wanted Damsel to be a part of redressing that imbalance. With each production we really work to interrogate why and which female experiences we are putting on stage, and how we can give them the best platform. Remarkably I had already been set up with Izzy to work on Brute together, and she told me about another play she was writing Grotty focused on the gay female experience, but with more intelligence and bite than I could have ever imagined. Reading the first draft I felt sure this was a project Damsel had to do.

Grotty allows us to have such an honest look into the lesbian world. It still has all the archetypes that gay women know too well but never felt like stereotypes were being ticked off like the gay checklist we see in TV shows. What steps need to be made, so that we stop being represented incorrectly?

I think partially by just continuing to make the work and making it with other queer women! Otherwise it will continue to be filtered through a male rose-tinted  gaze, and/or primarily on screen and off stage. Bringing together female queer creatives will and can inevitably avoid some of the limitations and issues that arise in ill-advised representations of gay women. But the bigger step is about Pride and expansion in the gay female community, a real call to arms to make and create more spaces and art for gay women by gay women. We should no longer just accept that gay men have more cultural offerings and visibility, we should challenge that and work to change it in one of the more LGBTQ friendly cities in the world! With more spaces and more cultural outlets, I believe more authentic theatrical work about gay women will emerge. 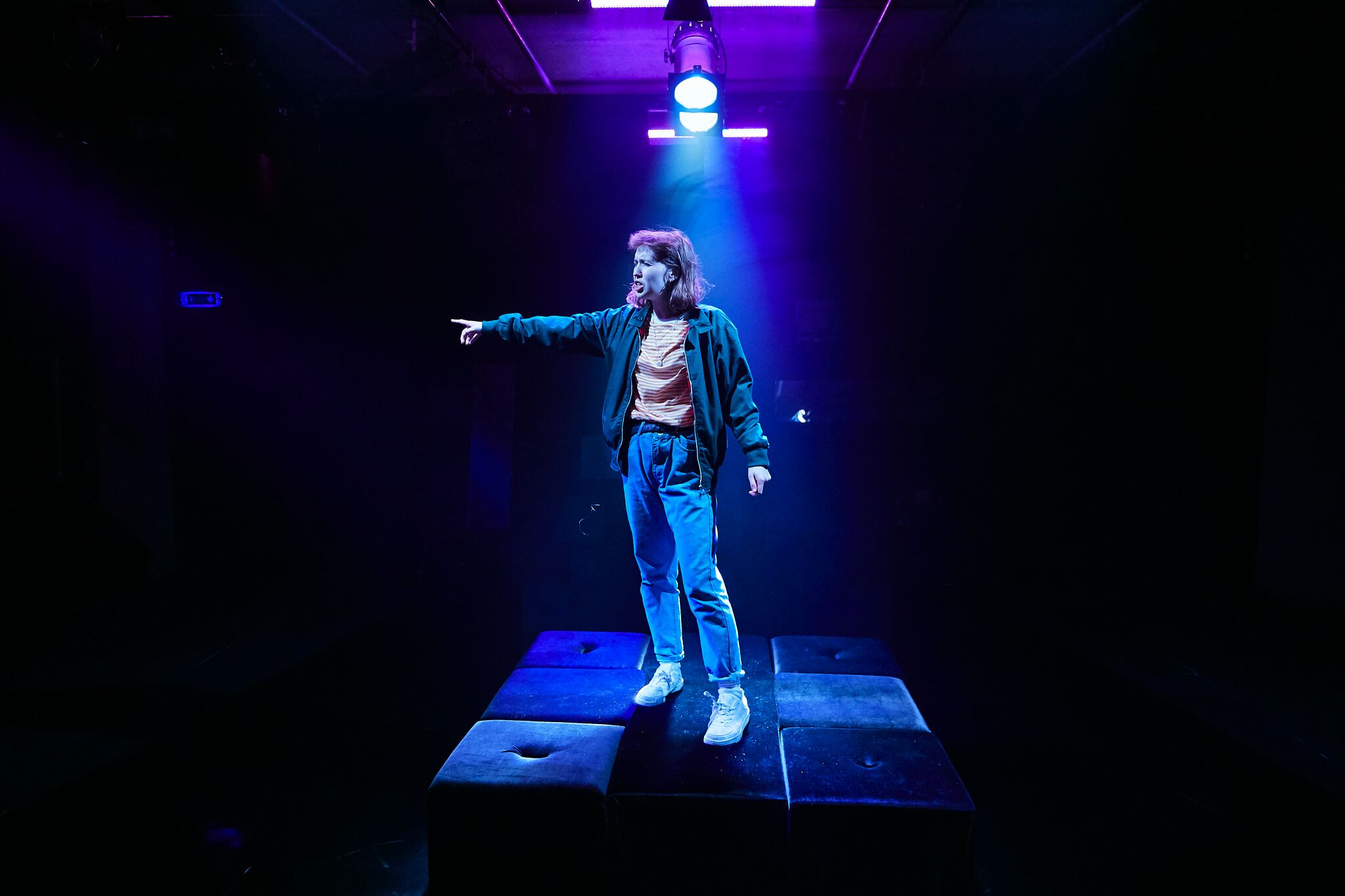 Female sexuality, in particular lesbian sexuality has not been represented on the stage enough. Grotty also navigates its way through different lesbian sub cultures that the audience may not understand or realise exists. How did you navigate the themes around this?

I think it was important to both Izzy and I that people never felt we were using shock tactics or provocation for the sheer sake of it.  Izzy has a lot of comedy and self-awareness in her writing and has given audiences a narrator that is keen to give audience as much insight as possible on the world created, especially through her own jaded lens. The audience will hopefully feel, though perhaps not gently looked after, at least included by Rigby in the subculture presented, as well as able to laugh at some of the darker realities of the scene. Izzy and I were also quite clear from the start that – although Grotty is a play centered around the lesbian experience – the themes within, including mental health struggles, loss, and failed attempts at relationships, are all ones that many people can relate to, gay or straight. Grotty is a play looking at a young woman yearning for intimacy and connection in a context in which it’s close to impossible to find it – I think that’s something human beings can relate to regardless of sexuality!

Damsel Productions showed their first production in November 2015, since then, what changes have you seen in the representation of females in the theatre and in the arts?

Many! It would be silly to not recognise and celebrate the improvements. Theatres are now routinely being called up on male-heavy programming through social media and beyond and are often then responding to that pressure with change and eyes opened. I often receive groups of solely female writers for feedback sessions on programs and script readings and have become much more accustomed to seeing creative teams which include more, if not exclusively, women and not a day goes by now when the national press or other news forums aren’t promoting the importance of equal representation for women in the arts which is all very hopeful. Movements including #MeToo have also arguably had a crucial impact, by not only giving female voices in the industry space to ask for equal and appropriate treatment, but also by pulling some practitioners into focus who are the root of the problem through their objectification and subjugation of women working in the industry. But that doesn’t mean there isn’t still infinite scope for further progress, or to say that representation of women in theatre is in any way now routine or that we’ve done ‘enough’. Though some theatres are responding, we still see male writers and directors dominating the main stages and West End, whilst female artists (not unlike our lesbians in Grotty…) are relegated downstairs/to the smaller spaces, to avoid an apparently perceived ‘risk’ felt from some artistic directors. Just one of many examples of the areas in which we still need to see improvement. 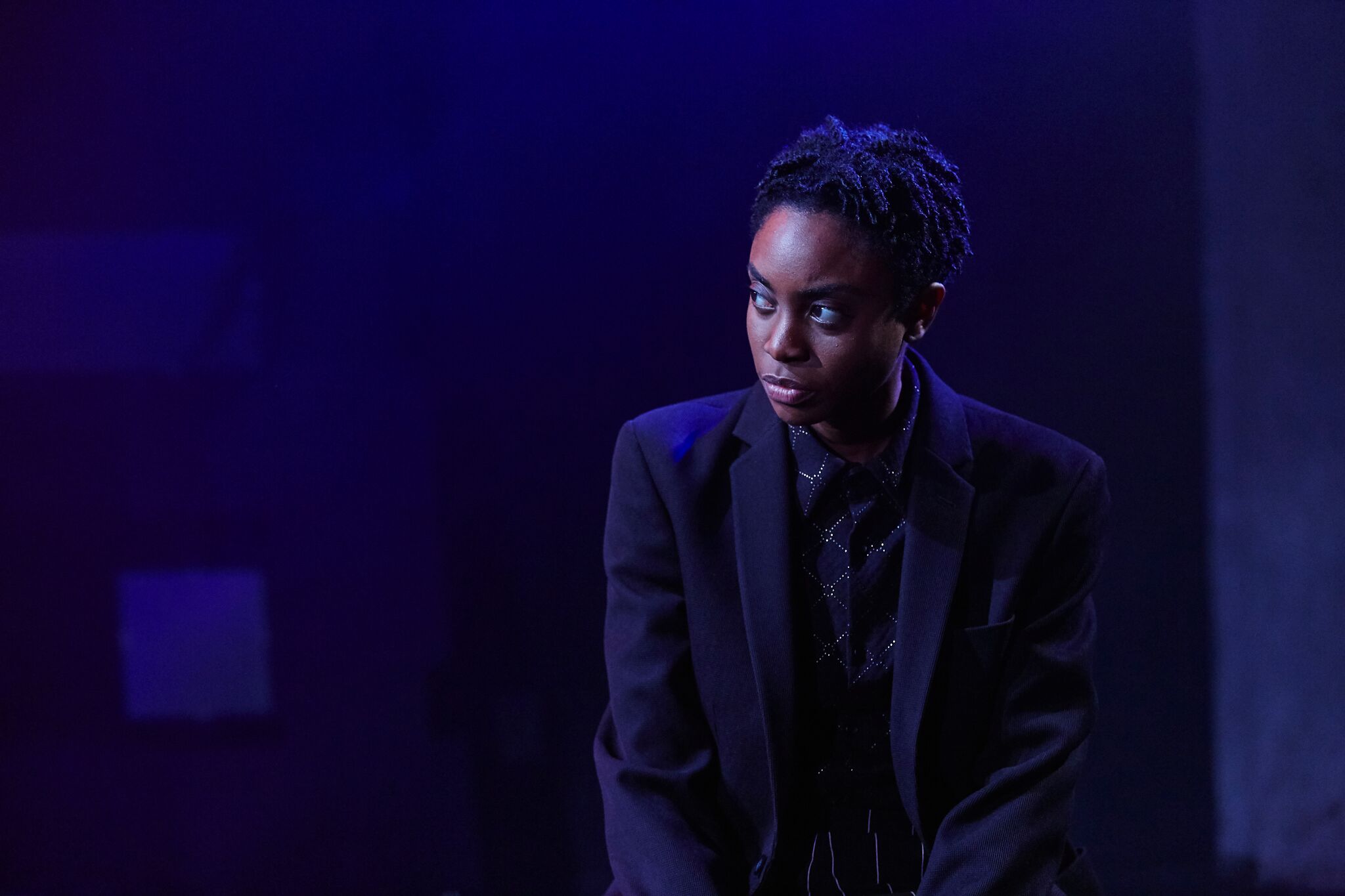 What upcoming plays can we expect from Damsel Productions?

We are gearing up to open our next show Fabric by Abi Zakarian in London, a beautifully crafted and devastating play looking at the objectification and ownership of female bodies, sexual violence perpetrated against women, and the flawed judicial system around cases dealing with consent. We are partnering up with  woman’s charity Solace to tour the show around nonconventional theatre spaces in London, to try and broaden our audience and reach people who may otherwise not see the work.

How can women begin to support other women in the arts?

A perhaps obvious but important thing is the simple act of supporting one another’s work. It’s not enough to be a woman doing well in the arts to really consider yourself as having an impact or ‘doing your bit’. My constant question for Damsel is not only how we can further as a company, but also how we can involve as many other women as possible, to boost their creative visions and ability to make work we may not be able to create with our small team. Damsel Develops was an important part of this for us, as an all female directing festival in which we gave 8 female directors resources and support to develop work in the view for a future production. Furthermore, I’d love to see more of women actively championing one another – even through basic things such as recommending other fantastic females creatives, or seeing each other’s work and promoting it with passion!

Finally, the question we ask everyone in GRL Talk! What advice would you go back and give your 16-year- old-self?

I’d say “give yourself a break”! I was so hard on myself as a teen, desperate to get the good grades, know what I wanted to do with my life, tick all the terrifying boxes etc. etc. I was so invested in being what I thought I needed to be, it took me till my 20s and 4 years in the US to really start connecting to the kind of person I wanted to be, and my passion for theatre.

Grotty is running for the next two weeks, at the Bunker Theatre until May 2th, buy tickets below.