What would single life be without a new dating trend to stress about, ey? Forget your ghosting, there’s a new lad in town and he is possibly, just maybe, even worse. Don’t say I never bring you gifts of joy.

A few months ago, there was this boy called *Steve, that I dated casually for a while. He had a beard, one of those mussed up, on purpose post-sex hairstyles, and had a penchant for smoking and then snogging me on street corners. It was a nice little setup, he was a bit dry in the convo department, but honestly, after a few glasses of red, I wasn’t that bothered. Okay, he wasn’t the love of my life, but I enjoyed our time together and it seemed that the feeling was mutual.

Then, a tale as old as time, one unremarkable Tuesday morning he just stopped replying to my messages. The dreaded blue ticks, shamefully, built up, until my little green bubbles were the only thing glaring, coldly, back at me. it was time to accept that Steve with the beard had given up and was ghosting me.

Was it because I challenged him to chug a pint with me last time?! Did he dislike the way I stopped every conversation to point out “cute” pigeons?!

Whatever the fuck it was, it was Steve with the beards loss. However, clearly not content with a Casper disappearing act, Steve was my first experience of orbiting.

After deeming me unworthy of a reply, Steve hung around on my social media instead. He was the first to watch my every insta story, he would be up at the top on my snapchat viewers, he would like the occasional tweet, and GASP would even dare to comment the occasional heart eye emoji on an insta photo. WTF STEVE?!

Yep, Orbiting is here to confirm that dating truly is THE WORST**

Ghosting it’s enough it seems, the orbiter will obsessively engage with your social media instead, all whilst unwaveringly ignoring your messages or DM’s. The phrase, cleverly coined by Anna Iovine (from Man Repeller) explains the meaning behind this term “close enough to see each other; far enough to never talk”. Creepy. Creepily frustrating. It’s a way of someone saying “Hey I’m still here and want you to think about me” but without the effort of typing out a polite and considered reply. Are they keeping us on the backburner? Simply being nosey? Lurking? 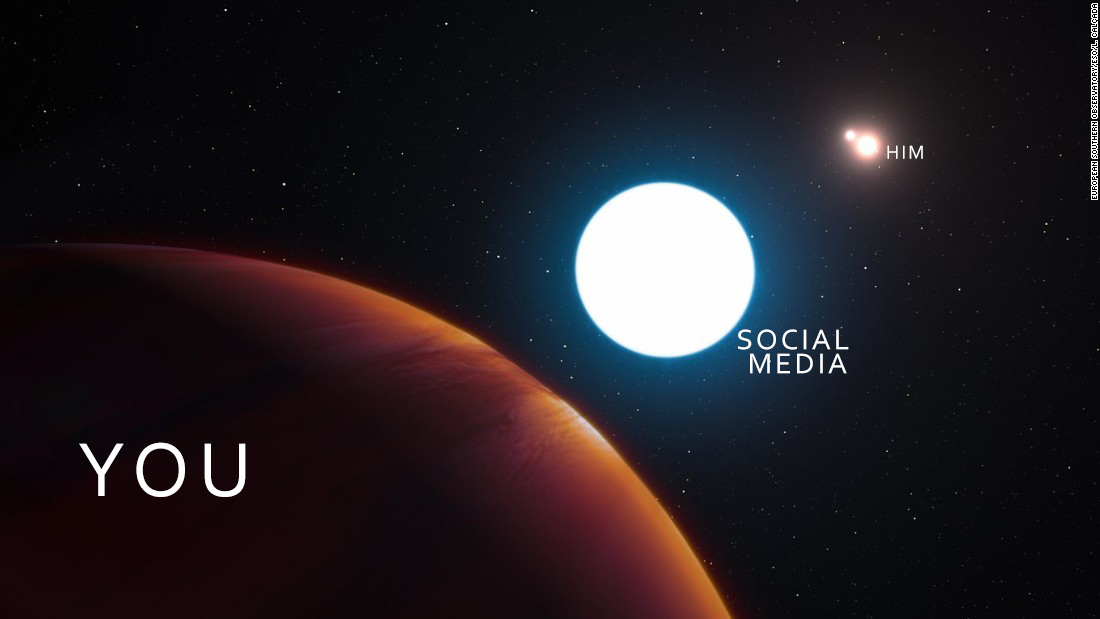 So, do we disregard these orbiters as game players and fuckers of the biggest fuckery or take it as a roundabout way of flattery and interest? It is the modern day mixed signals and is entirely up to you on if you have the time/energy/capacity to indulge. Apparently, this kind of behaviour, from the orbiter, could be their way of letting me know that they don’t want anything serious, but not to forget about them too fast. Whatever the desired effect; Orbiting is exasperating, confusing and inevitably a waste of our valuable time.

Steve never did reply to my messages and he still watches all my Instagram stories. Maybe I should block him or maybe I should just send him this article instead?

* Steve’s name has been changed for the sake of this article, but maybe using his @ would have been more subtle?!

** Dating isn’t the worst, other people are.