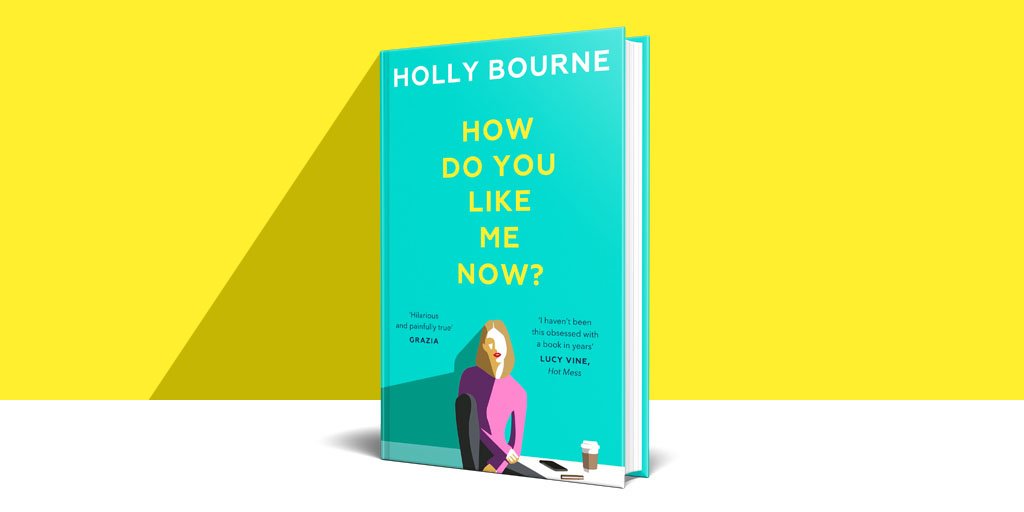 Holly Bourne’s How Do You Like Me Now? has been heralded as one of the most perceptive, honest and witty portrayals of life as a modern woman since Bridget Jones, and rightfully so. Reading it felt almost too familiar. Tori, the book’s protagonist, has the perfect life – and her Instagram proves it. A best-selling memoir that has earned her thousands of adoring and supportive fans, a relationship that makes others swoon, and a guaranteed league of likes on every selfie and sunset picture. But with all that “perfection” comes the crippling pressure to uphold it, a feat that practically destroys her in the process. It’s a brilliant reminder that even those who have it all, don’t and those who don’t often have more than they think.

The mark of any good novel is to feel connected in some way to the protagonist, but with Tori I found myself relating probably more than I should have to her behaviours, particularly those involving social media. I too have been guilty of zooming into a group shot to scrutinise every aspect of how I look, barely noticing the other people in the photo… I’ve also cursed a friend who posted the picture where they are glowing, and I look like a squinty sack of shit…More times than I care to admit I have posted a photo I think I look good in and sat back to wait for the compliments… Frantically refreshed Insta because my pic that’s been up for an hour just can’t only have seventeen likes, then breathed a sigh of relief when the number jumped to fifty. You get the picture.

What I loved about this book was its unflinching portrayal of relationships with others and with yourself in a society that pits us all against each other. But more than anything, I loved it for the lessons it taught me about my relationship with social media.

We’re all aware that Instagram is just a highlights reel. We remind ourselves of it every time we jealous-like another pic of the girl we went to school with succeeding at work, and desperately wish we had something to humble (but not really) brag about. It’s just the best parts of people’s lives, we recite over and over, no one’s life is ever actually like that.

Tori reinforces that completely as she learns that lesson over and over again. The reader watches her slowly unravel, becomes a spectator to her deepest insecurities and darkest moments. As we watch her put makeup on to take her #iwokeuplikethis selfie, we pity her. That poor, vapid girl, so caught up in what other people think, and we vow that we’re not like her. At least we’re not as bad as her…

Do I use Instagram too much? is something I’ve asked myself many, many times. My boyfriend and my mother would probably say yes. And so, would I, probably, if I was being completely honest.

I naturally want to document and share and parade certain parts of my life. It’s in my extroverted nature. I was always the kid at school that had a show and tell every single week, and there was nothing I enjoyed more than an audience. It validated me in the way every single human being longs to be validated. To have people listen to me was to prove to myself I was worthy of taking up space. I still feel the same, not because I’m a show-off but because I like to show. And tell, and share, and document. Plus, I’m fucking proud of myself and I want others to know. And when I can’t do that in person, I turn to my digital soapbox.

To have people listen to me was to prove to myself I was worthy of taking up space.

But this doesn’t come without its anxieties.

It’s only been recently that I’ve given myself permission to big myself up a bit. For a long time, I was too worried about what others thought. I worked hard on a blog for years but told hardly anyone about it because of the fear that it would come across like I thought I was more important than I actually was. And I still worry now. Though I’m empowered by my achievements, the thought of people taking my genuine pride as arrogance makes me feel a bit sick.

We’re taught that those who use social media too much are victims of vanity, but interestingly Insta-obsession, and social media over-sharing in general is almost exclusively associated with women. My Dad even refuses to set up a Facebook account because it’s “girls world on there”. Shaming people for their social media presence (and that alone) reminds us of what society deems the worst thing a woman can be: a narcissist.

To me, my relationship with social media comes down to one thing: taking up space. Online presence is, of course, still a presence. What you have to say is just as important said on Instagram as it is written on a billboard in Times Square.

So, let’s stop shaming people for filling their spaces, virtual or physical. For all of its pitfalls and dark sides, the internet serves many beautiful purposes, one of which is allowing people to connect – with others, but also to themselves.